The decades-long, on-again, off-again struggle for District of Columbia statehood, a rich subject for historians and other scholars, is officially on again with the Democratic “trifecta” – victory in the presidency, House of Representatives and U.S. Senate.

On Jan. 6, Washington’s Mayor Muriel Bowser issued a statement “on the path forward for making DC the 51st state in the 117th Congress,” declaring the battle renewed with the election of President Joe Biden and Democratic control of both houses of Congress, albeit with slender margins. 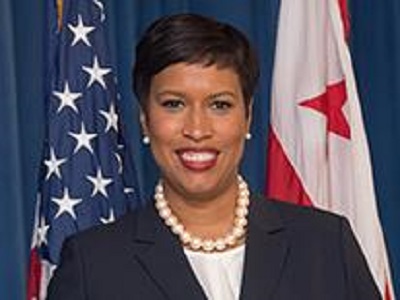 “Washingtonians have waited over 200 years for the representation we deserve as American citizens. . . But now we are ready to finally fix this injustice by getting statehood on President Biden’s desk within the first 100 days of the 117th Congress,” Bowser vowed, adding that the 712,000 residents of the District would soon “have full access to our nation’s democracy.”

But achieving D.C. statehood may require more than just a Democratic controlled Congress and White House. Those who have studied the issue say it is layered in complexity.

Dr. George Derek Musgrove, a D.C. resident and an associate professor of history at the Univ. of Maryland, Baltimore County, cautiously predicts that statehood may become a reality, in part because of the 2020 election results, but also because D.C. has changed significantly over the last three decades. According to 2019 U.S. Census estimates, the city is 45% African American and 43% White.

“The city is less of a sitting duck today than it was in 1993,” Musgrove said, referring to the failed 1993 statehood campaign. Co-author of the book Chocolate City: A History of Race and Democracy in the Nation’s Capital and the subsequent article “Statehood is Far More Difficult: The Struggle for D.C. Self-Determination, 1980–2017,” Musgrove described the 1993 statehood campaign as a presumed failure even before it reached a vote in the House, where it suffered what Musgrove called “a crushing defeat” with 105 Democrats joining the Republicans in voting against it.

He says the outlook is better today. 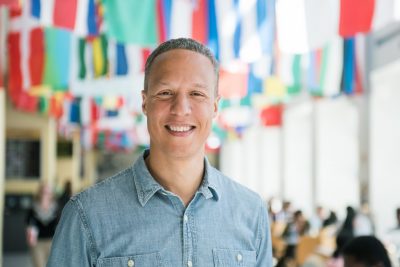 “The city was in pretty horrible shape then. We were the murder capital of the United States, there were open air drug markets within sight – if you had good sight – of the capital; and it was just about to go bankrupt. The mayor had been arrested for smoking crack on camera not two years before and was back on the city council by ’93. So it was really easy to kick the city then; today it’s a little harder to kick the city.”

However, Musgrove said, “It’s going to run into trouble no matter what. Do the president and the leadership in the House and Senate want it bad enough to make the deals that will unify their caucus around the bill?  That requires two things, one is getting rid of the filibuster and the other is being able to muscle people like Joe Manchin into voting for the bill in a way that could hurt him very badly back home.”

The D.C. Admission Act, HR 51, authored by D.C. Del. Eleanor Holmes Norton, passed the House for the first time last June with a 232-180 vote, the first time in history that the House or Senate passed such legislation. A previous statehood bill was defeated in the House in 1993. This year, it is expected to pass the House again, but the legislation will likely come to a standstill in the Senate where there is a 50-50 split with Vice President Kamala Harris casting the deciding vote. But 60 votes — not a simple majority — would be needed to overcome a Republican filibuster. Even if Democrats eliminate the filibuster, as Musgrove suggested, they would need all Democratic votes. Sen. Joe Manchin (D-West Virginia) has indicated he does not support the measure.

Another scholar who has also written extensively on the subject, Dr. Brandi T. Summers, assistant professor of geography and global metropolitan studies at the University of California, Berkeley, is less optimistic than Musgrove. She suggests that the road to D.C. statehood remains bumpy despite the results of the 2020 election, largely due to a negative perception of D.C. perpetuated by opponents of statehood.

“My training in sociology and cultural studies enables me to not only pay close attention to history, but [to] also consider the representation and meaning of Blackness over time,” Summers told Diverse.

“For me, as long as D.C. is thought to be a Black city, a Chocolate City, it will not achieve statehood. Fights over statehood have typically focused on whether the population was capable of self-governance. We got a preview of this when D.C. finally achieved home rule,” Summers said, referring to the District of Columbia Home Rule Act passed by Congress on Dec. 24, 1973, which included a charter that provided for an elected mayor and the Council of the District of Columbia.

However, the Home Rule Charter also allows Congress to review all legislation passed by the council before it can become law and retains authority over the District’s budget. In addition, the President appoints the District’s judges, and the District still has no voting representation in Congress.

Summers, author of Black in Place: The Spatial Aesthetics of Race in a Post-Chocolate City, contends that despite the changing demographics, D.C. is still perceived as Black.

“Many of the arguments against statehood back then boiled down to Congress not believing in the viability of a Black territory,” Summers said. “Battles over territories becoming states mostly hinged upon the racial makeup of the place. I don’t think much has changed since then.”