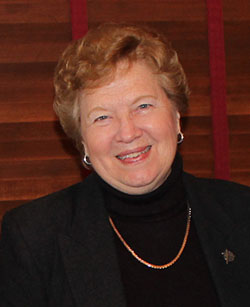 She joined Chestnut Hill in 1988 as chair of the religious studies department.

Sister Carol is from the Catholic school’s founding order, the Congregation of the Sisters of St. Joseph of Philadelphia. For the majority of her 30 years, she did not receive a salary. And pay that she did eventually receive, she put towards her religious order, she said.

Sister Carol – a 1978 Chestnut Hill graduate – holds a bachelor’s in English from Chestnut Hill and a master’s in theology and doctorate in historical theology from Fordham University.