Preparing the Next Generation of School Counselors - Higher Education

Preparing the Next Generation of School Counselors

For more than 20 years, Dr. Diane Reese has been helping students in some capacity related to school counseling, whether that be as a counselor, coordinator or director of school counseling.

For the past five years, she has served as an assistant professor of counseling at Trinity Washington University, where she has been busy training the next generation of counselors. And as the nation celebrates National School Counseling Week, Reese’s current and former students — and those in the counseling profession — are praising Reese for her commitment and contributions to the field. 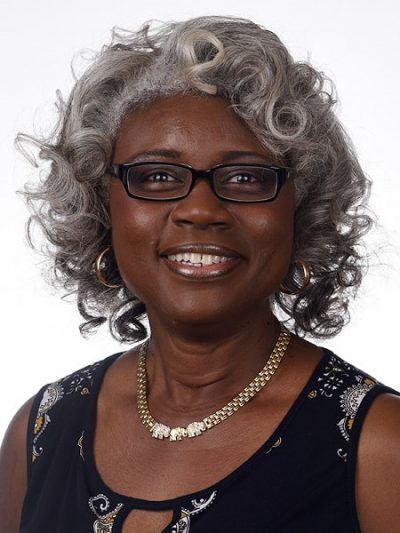 “She saw my commitment for wanting to give back to the community, give back to where I was from, especially when it comes to affecting African American males and males of color just in general, she definitely continued to push and drive me to be the best school counselor that I could be,” said Marcell J. Brown, a school counselor in the D.C. public schools. “She was constantly providing me with knowledge, skills and definitely always advocating for me the best way that she could.”

Brown was one of Reese’s students at Trinity, where he studied school counseling with a focus on urban students.

A nationally certified counselor, Reese joined the Trinity faculty in 2016 after years of working in the trenches.

“I started out as a juvenile probation counselor,” Reese said in an interview with Diverse. “I saw a lot of Black boys being referred and going through the court system. So I did a lot of work with them to keep them out of the [juvenile] facilities. And then, I started seeing a number of young Black females starting to come to me through the juvenile justice system.”

Prior to joining the academy, Reese spent time working as a youth services program specialist in Alexandria, Virginia, and eventually rose through the ranks.

With a bachelor’s degree in criminal justice from Savannah State University, Reese said her justice work had eventually informed what she needed to do and where she needed to go. School counseling was the obvious next step.

“One of the reasons that I thought about school counseling, even in between those transitions, was because there were too many Black children coming into the juvenile justice system,” Reese said. “And so, I just thought: ‘You know what? I can go upstream and stop this.’”

Reese has been recognized for her contributions to the profession, including being selected as the American School Counselor Association (ASCA) School Counselor of the Year Finalist in 2009. In 2017, ASCA elected her to its board of directors for a two-year-term.

Reese found her time on the board to be a learning experience, adding that she incorporated lessons from her colleagues in the field into her own pedagogy.

“Listening to my colleagues who are practicing in the field, who were on the board, informed me as to what I needed to do with my students as well,” she said. “That’s why it is just vitally important to me to keep my hand on the pulse of what’s happening in the profession, so that my students are prepared, that they don’t go out trying to catch up to do that work.”

As the nation grapples with the coronavirus pandemic and the ongoing fight for racial justice, trained school counselors are desperately needed, she said.

“We focus a lot on social justice. As we prepare clinical mental health and school counselors, it’s just been perfect as we work through this and prepare our students to do this,” said Reese, adding that Trinity’s program has incorporated anti-racist practices that school counselors should adhere to as they embark on new careers in the field.

As an educator, Reese said she tries to teach her students the core themes of school counseling: leadership, advocacy, collaboration and systemic change.

“That was very important that I not only advocated for myself in the profession and my role, but that I advocated for my students, for them to be able to be in spaces that, in education, have traditionally not had equity for students of color,” Reese said of her advocacy work. “It continues to be important for my students that they’re prepared with advocacy skills and to know what that looks like.”

Paola R. Flores, a former student who is now a program supervisor at Catholic Charities in D.C., said she is grateful for Reese’s mentorship and her tenacity in the classroom.

“I think her ability to inspire and teach, she teaches with heart and grace,” said Flores, who is a first-generation student. “And the way she extends grace, many people might think that that’s really easy and it’s not, especially in a profession where you’re constantly challenged and things are changing.”

Reese is always willing to adapt or go the extra mile for a student, Flores said.

“There was a point in my journey of grad school that I possibly didn’t see the finish line,” said Flores. “And she was pivotal to my growth and to where I am today.”

As the country celebrates National School Counseling Week, Reese wants the work of her colleagues to be celebrated and recognized.

“They are vitally important to the work of what’s happening to young people in the school,” she said, adding that she receives great joy in training the next generation of practitioners as a university professor.

“You can see the excitement when they’re doing their practicum and internship,” she said.  “And when they’re in class, they’re discussing, they’re talking about all these things that they’ve learned and things that they want to pursue and try and students that they want to work with. It’s just really exciting to see them excited about it, and even more so to see them really ready to go out and do that work and make a difference in the school counseling profession. And if I’ve made a contribution to that, then all is well with my soul.”

Reese’s recent manuscript titled “School Counselor Preparation to Support Inclusivity, Equity and Access for Students of Color with Disabilities,” has been accepted for publication in the scholarly journal Frontiers in Education.

Sallie Mae to the Rescue