The Campaign for College Opportunity’s latest report uses first-hand experiences of formerly incarcerated Californians to highlight the barriers faced during their transition from prison to postsecondary education.

Titled “The Possibility Report: From Prison to College Degrees in California,” the report provides recommendations to policymakers and higher education institutions within the state to improve outcomes for formerly incarcerated students and address the school-to-prison pipeline.

Black and Latinx Californians comprise 45% of the state population but represent 72% of the prison population, the report found.

“[The overrepresentation among Black and Latinx communities] is a result of public policies that have had very racist outcomes, from our tough-on-crime policies, minimum-sentencing bail policies, all of that,” said Audrey Dow, senior vice president of the Campaign for College Opportunity. “So we said, ‘let’s start thinking about some policies that are anti-racist in nature and can go a long way to improving college opportunity.’”

In 2019, over 1,000 formerly incarcerated students were estimated to be enrolled in California’s public higher education system. However, there are currently more than 425,000 people on probation or parole within the state who could be enrolled at a college or university, according to the research.

Dow emphasized that the “amount of pressure and responsibility” given to individuals upon release from prison is often overlooked. 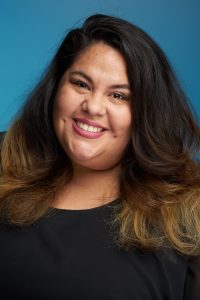 “These individuals have really been without their networks, without financial resources, without their family and are now thrust back into society and pushed through the parole and probation system to find work …,” she said. “I think right off the bat, these individuals are really kind of coming into a traumatic return home with lots of responsibility and not enough support to really ensure that they thrive.”

Higher education is not prioritized under the state’s parole and probation system. For example, participants from the research indicated that many parole officers were “unsupportive” of their educational goals and urged them to pursue a job instead.

As for transitional and affordable housing, restrictions apply to students and those with felony convictions, leading many formerly incarcerated individuals to live in their cars or be homeless.

Therefore, institutions should look to meet the basic needs of formerly incarcerated students. California should also allow potential affordable housing tenants to be enrolled at least part-time at a college or university, according to the report.

In terms of employment, formerly incarcerated individuals often face challenges in securing a job. On the other hand, some must balance employment with their education.

On top of those programs, institutions should offer support services such as mental health resources and designated safe spaces on campus.

Additionally, student support services should start during incarceration through the use of the Adult Reentry Grant, which assists with the transition process from prison to college.

Less than 10% of the total state prison population enrolled in a higher education program earned a degree, the report said. Some factors that contribute to the small number of individuals pursuing postsecondary education include being short-staffed, having limited class space and requiring a GED, or high school equivalency diploma.

However, prison education programs benefit both the state of California and students. According to the report, if half of college-eligible incarcerated Californians participated in a postsecondary program, up to $66.6 million per year could be saved.

Lastly, participants found that in many cases, campus advisors were unfamiliar with the issues faced by students who held criminal records. To address this, the report recommends colleges and universities provide access to legal counsels when looking for employment or facing discrimination while job searching.

“For far too long, California has over-invested in prisons to solve our social issues but has provided minimal resources or funding to colleges and universities to provide an alternative to incarceration,” Danny Murillo, principal author of the report and former Campaign for College Opportunity program analyst, said in a statement. “I am in awe and inspired by the real opportunity we have as a state to create change for generations of Californians caught in an unjust criminal ‘justice’ system.”