The American Council on Education (ACE) released a new report on Friday, titled “Toward Greater Inclusion and Success: A New Compact for International Students.” It details ways universities can not only recruit international students but retain and support them.

In 2016, co-author Robin Matross Helms, ACE’s assistant vice president of learning and engagement, and her colleagues noticed that universities were ramping up their efforts to attract international students but they weren’t necessarily investing in the resources and guidance they needed. 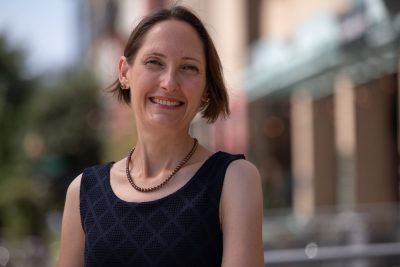 “What we saw in the data was that support for those students once they arrived on campus had not risen commensurately,” she said. “And some areas of the student experience had decreased compared to a decade earlier.”

The report contextualizes what those losses mean for campus diversity and what universities have to gain from sustaining connections worldwide.

In the report, she and her co-authors outline the building blocks of an equity-focused model for international student inclusion and success. It stresses that universities need to be aware of financial barriers for international students, who often pay full price for their education, and points to community colleges and public universities as key options for opening up access.

“New generations of international students are going to be from far more diverse socioeconomic backgrounds,” said co-author Dr. Chris R. Glass, associate professor of educational foundations and leadership at Old Dominion University. “They could be refugees, asylum seekers and undocumented students among other students from more varied socioeconomic contexts.”

The report also dives into what inclusion for international students should look like. For example, it recommends universities have a senior international officer to connect international students with supports and to help ensure they’re embedded in a network of support staff, faculty, academic administrators and classmates. It also suggests schools build relationships with international students’ families, clearly communicate about things like admissions procedures and visa processes and engage in culturally responsive and relevant learning practices.

“Often when we ask international students to adapt to our contexts, often what we’re really asking them to do is adopt U.S.-centric approaches to thinking and relating,” Glass said, “as opposed to transforming our institutions’ culture and centering culture on the student experience where diversity is something that drives innovation and fosters academic excellence.”

While research for the report began three years before the pandemic, Helms emphasized that these supports for international students are critical in this moment, whether students are in the U.S. and far from their families or back in their home countries trying to stay connected to U.S. campuses.

The report puts a major focus on the “international student life cycle,” urging universities to forge “lifelong” relationships by proactively engaging students in alumni networks in the U.S. and in their home countries and by helping them with career planning and finding post-graduation employment and research opportunities.

On a larger scale, the report encourages universities to commit themselves to issues of international importance, like climate change, and to see international students as potential partners in that work.

“The pandemic, for me, has hit home, like nothing else, how interconnected the world is … and how solutions to the big challenges – whether its environmental issues, whether its disease – have to be a global endeavor,” Helms said.  International students have “such an important role to play.”

“But we need to make sure the U.S. higher education system and our campuses are really ready,” she added. “Incidents of racial injustice in the U.S. and around the globe have highlighted the need for us to do better when it comes to inclusion – that’s for all students, both domestic and international. So, we need to make sure we live up to our end of the bargain when it comes to international students who join our communities and just really ensure that they’re included and successful and valued for all of their contributions.”

New Mexico Tech recognized as ‘hottest in the war on terrorism’