Dr. Mary J. Wardell-Ghirarduzzi, vice provost and chief diversity officer at University of San Francisco has a deep knowledge of the higher education landscape in California. Her storied 28-year career of equity work in California stretches from Otis College of Art and Design to California State University at San Marcos. 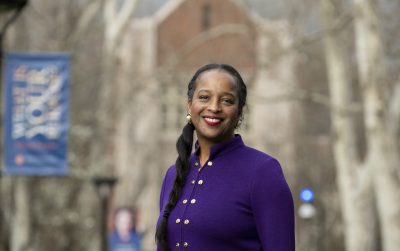 Her California career has now taken another step, with her appointment as inaugural vice president for diversity, equity and inclusion (DEI) at the University of the Pacific, effective July 1.

The role of Pacific’s DEI vice president was created by Pacific President Dr. Christopher Callahan, who joined the school on July 1, 2020. Wardell-Ghirarduzzi’s role will be a cabinet-level position where she will report directly to him.

“When I got here this summer, and of course it was this summer, it was in the middle of this reawakening, if you will, of social injustice issues across America,” Callahan said. “So the timing seemed perfect. So I actually on that first day, July 1, I spent the whole day talking to different stakeholder groups, students, faculty, staff, alumni about DEI and how that intersects here at Pacific and how it manifests itself at Pacific.”

When Wardell-Ghirarduzzi steps into the role this summer, one of her first goals, she says, is to listen, particularly to minoritized communities.

“I really want to make sure that I’m spending additional time with those communities,” she said. “Because often times, I find that they are able to name realities that sometimes are not noticed and they have a history of often times telling the difficult truths that we often times may not want to hear.”

An accomplished educator, Wardell-Ghirarduzzi currently serves as the president of the San Francisco Public Library Commission, overseeing a system that includes 28 public libraries throughout San Francisco. She is also an affiliate faculty member at the USC Race and Equity Center and president of the northern California chapter of the National Association of Diversity Officers in Higher Education.

Earlier in her career, Wardell-Ghirarduzzi worked in the California State University System and took part in the Student Affirmative Action program, a state-wide program for outreach and enrollment services for communities of color. In the role, she engaged in targeted outreach for various communities, such as Hispanic, migrant, African American, Native American and indigenous, Asian American communities.

There, she learned how crucial it was to disaggregate data by race, she said.

“And even when you do disaggregate it, sometimes you have to disaggregate it even more,” Wardell-Ghirarduzzi said. “And the Asian American community is probably the best example of how important it is to disaggregate that data because then you’ll find out that Southeast Asian children and adolescents were also having different disparities and outcomes versus East Asian students.

“And so, you would need to then put specific programs and initiatives to address the disparities that Cambodian, Laotian, perhaps Vietnamese students are having. And so, I learned from the very beginning – thank goodness to that early work I did in public higher education – the importance of having good data, the importance of knowing how to read that data, to tell you a story about how we have either supported some groups and a story about how we have not supported others.”

A 1989 Pacific alum, Wardell-Ghirarduzzi holds a master’s degree in intercultural counseling and social justice education from San Diego State University and an Ed.D. in organizational leadership from Pepperdine University.

“My hope is that the community finds that love is the strategy for doing all of this equity work,” Wardell-Ghirarduzzi said. “And by loving one another much more deeply, more intently, that they will see the fruits of that by the type of curriculum that will emerge not only in the liberal arts program but in the professional schools.

“They’ll see that by the ways in which the graduates will go forth into their professions and they’ll be the individuals who sit around the table, that can talk about issues of racial equity, gender equity, disability justice, environmental justice, but they’ll be able to talk about it regardless of their major or their job, from a place of inclusion and they’ll do it with confidence.