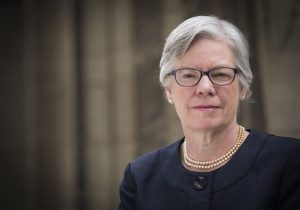 After a year of discussions with faculty members at both institutions, the idea for the Collaboratory Against Hate Research and Action Center was established.

“Before the deadly attack at the Tree of Life synagogue, I rather naively assumed that love always would triumph over hate,” said Nordenberg. “As I came to learn more about the powerful tools that are being used to accelerate the spread of hate, however, it seemed clear that in today’s world, love needs a helping hand. This center will be positioned to provide badly needed forms of help.”

Using a holistic approach, scholars in disciplines such as law, social sciences, computer science and data science will study the concept of extremist hate and how it operates.

“The goal of the center is to understand the creation and the proliferation of extremist hate, whether online spaces or in real life, and to develop interventions against the spread of extremist hate and its consequences,” said Dr. Kathleen Blee, a distinguished professor of sociology and dean of the Kenneth P. Dietrich School of Arts and Sciences at Pitt. “For example, the consequences of violence that we saw in Pittsburgh.”

Launched over a week ago, the center has already received hundreds of requests from faculty members—with expertise in areas such as social media, addiction or adolescent medicine to address intervention methods for children approached by extremist groups—looking to participate. Blee and Dr. Lorrie Cranor, director and Bosch Distinguished Professor in Security and Privacy Technologies at CMU’s CyLab, will lead the collaborative effort.

Through meetings and networking events, scholars can discuss their project ideas. The center plans to bring in external speakers to workshops and seminars—open to faculty members, students and the campus community—to create more awareness around the work.

“We very much want their participation,” said Cranor. “We see that a big role of our center is it kind of serves as a matchmaker to get people across different disciplines and across different institutions to work together so that they are able to do more together,” she said. 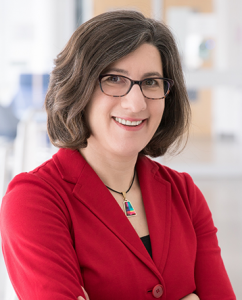 As the center progresses and research funding is raised, there might be opportunities for individuals to earn grants to analyze extremist hate more deeply. Outside companies and previously targeted community groups will also provide their own insights.

“The spread of extremist hate is undeniably insidious and increasingly dangerous,” Dr. Farnam Jahanian, president of CMU. “We have witnessed its violent consequences in our own community….and have also seen this epidemic pose an existential threat to our nation’s democracy. CMU and Pitt have a unique opportunity to work against this socially destructive force and enhance our multipronged efforts against all forms of hatred.”

Additionally, to address hate more broadly on both campuses, the center plans to work with their diversity and inclusion offices.

“Our focus in the center is extremist hate but there is also a variety of forms of conflicts and racially or ethnically motivated statements that appear on campuses so we are addressing the issue of extremism broadly, but certainly we are aware that that is an issue that exists on campuses as well,” said Blee.

Close in proximity, CMU and Pitt have a longstanding history of collaboration including the establishment of the Center for the Neural Basis of Cognition for undergraduate and graduate students to receive training and research in cognitive and neural mechanisms.