What Does an Anti-Racist College Admissions Process Look Like? - Higher Education

What Does an Anti-Racist College Admissions Process Look Like?

The value of higher education is longstanding and incontrovertible. College graduates earn more money, live longer, healthier lives, and are more engaged citizens. The promise of higher education is why I became fascinated with college admissions as a student and why I have committed my career to helping young people through their educational journey.

But as our country confronts how racism affects so many other aspects of our lives, college admissions has some soul searching to do as well. The reality is that the process is rife with unintentional bias, and higher education is reckoning with its history as an institution originally designed by, and for, America’s white male elite. Many widely used practices, such as requiring standardized test scores, are being reevaluated or even scrapped altogether. 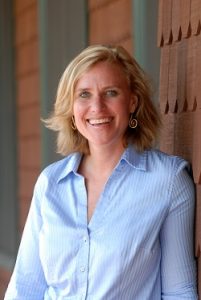 Such changes have taken on even more urgency in recent months as the COVID-19 pandemic continues to have a dramatic effect on the college aspirations of students, especially those from underserved communities. Common App’s most recent data suggest that even as overall applications have risen, the numbers of first-generation and low-income students applying to college have declined. Coupled with the widely documented enrollment declines this fall among Black, Latinx, and Native students, that means that racial inequities in college attainment are likely to persist, if not widen, in the coming years.

Simply put, the value of higher education has been disproportionately accessible to white, better-off students. And our data have made it abundantly clear that the admissions process can play a significant role in perpetuating those gaps.

Over the past year, we’ve found that students who disclose their school discipline records are also less likely to ultimately submit their applications. The same is true for veteran students who disclose “other than honorable” discharge, and students who are DACA recipients. While not all of these facts and figures are directly related to race or socioeconomic status, it doesn’t take much digging to see the disproportionate impact they have. Black students, for instance, are about 3.5 times more likely to be suspended than white students — and more than twice as likely as white applicants to answer yes to the Common App’s school discipline question. And the inequity is compounded by the different environments in which students grow up and go to school. We found, for instance, that students of color are least likely to attend schools that prevent school discipline disclosure, with white students being 1.6 times more likely to attend such schools than Black students.

These are sobering findings. But they also contain an important lesson: if the current admissions process plays a role in perpetuating inequity in higher education, then we may be able to start addressing those equity gaps by changing the process itself.

Addressing these challenges will require questioning every aspect of the status quo and reimagining what is possible. Over the past few months, Common App has taken the first steps of this journey — removing the questions on our application about school discipline and military discharge, and rethinking the sections on geography, family history, sex and gender, and citizenship status. We made those changes based on the data we saw, and the lessons we’ve learned from talking with students, admissions officers, and advocacy groups across the country.

Our decisions to change the application were rooted in the understanding that every question we ask creates opportunities for applicants to shine and differentiate themselves, but many also pose unforeseen barriers to entry. And as an organization that sits at the crossroads of students, counselors, and colleges, we have been uniquely able to examine how certain questions might be helping or hurting students.

In the admissions process, these changes will affect a relatively small group of students, and it’s too early to understand the impact they will have — but they are still important steps to take. Our hope is that decisions like these have an outsized effect in signaling to others within higher education that the admissions process can evolve. We hope they call renewed attention to other factors, from student/counselor ratios in high school to the very fundamentals of higher education finance, that compound on each other to create nearly insurmountable barriers for the very students who stand to gain the most from the promise of higher education. We hope they challenge others to examine how they, too, can help rethink the system.

In many important ways, a student’s college journey begins with admissions. For some students, however, we can just as easily serve as an endpoint. Because we know how transformational college can be, we have a critical role to play in ensuring students fulfill their potential. Step-by-step, we can revolutionize the college application and create a new system centered on justice and equity. By reimagining the admissions process together, we can live up to the values of diversity, inclusion, and opportunity we all hold so dear.

Jenny Rickard is the CEO of Common App.