Why I Came Back: An Alumni Perspective - Higher Education

Why I Came Back: An Alumni Perspective

I never intended to stay this long. But I found myself enjoying working as an administrator at the college I graduated from almost a decade earlier.

It was in 1990 when many institutions were experiencing diversity growth pains, the phenomenon when an increase in compositional diversity does not bring student satisfaction or a sense of inclusiveness and belonging. At the time, many students of color struggled to find their place inside predominantly White colleges, as chronicled in a 1994 study by Ruth Sidel.  So too did LGBTQ, first generation, those of religious faith backgrounds, and other students whose lived experiences were not exactly affirmed during that period.. Not long after I arrived on campus, I sat down with a Black senior, who had been involved in the student activism that produced my position. It was a summer-like afternoon in early October.  Students moved past the stately Romanesque style administration building on the way to classes and the library. Looking me in the eye, Kevin (not his real name) shook his head.

“Why would you want to come back here?” he asked. 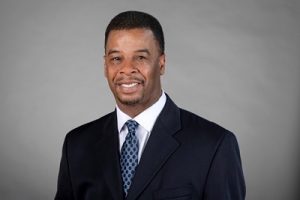 I felt tension in his voice. He really wanted to know why  I came back to work at a college still trying to figure out how to support Black students, how to make diversity more than a buzz word.  He was skeptical.

“Are you here for us—or them?” he asked, pointing toward the window of the President’s Office, which was visible from the shaded area where we sat.

I listened intently as Kevin spoke his truth, a familiar narrative that I’d hear from countless students during my first months back on campus. There was often a love/hate relationship with the college. They had good things to say about the elite education they’d worked hard to earn, but the quality of campus life was a different story. There were stories about racial battle fatigue, the constant struggle to validate their admission, the daily microaggressions in class and dormitories.  I understood how three years on a very white campus had made Kevin skeptical. I’d been there too.

“I came back because I think we can make a difference,” I finally said. “It may take some time, but we can start here.”

I’m not certain that he believed me.  There was little reason that he should. But I remember that conversation because it encapsulates why I came back.

My journey is probably not all that different from other administrators or faculty of color who return to their alma mater. A long-time colleague, Eric, retired last year from a small liberal arts college in the South.  He graduated in the1970s and came back to direct the college’s diversity office. He stayed for more than 35 years.  Five years ago, another colleague returned to an elite college in the northeast. A Black woman in a senior leadership role, her presence as an alumna has made a difference in the lives of students, especially those of color. Karlene understands her alma mater, its history and culture. She is also honest with students about how challenging it was for her and others on that campus in the early 1990s.

These examples may resonate with Black and Brown professionals who come back to the campuses of their undergraduate years. Like myself, some had never considered higher education as a career until some campus movement or person put the possibility in front of them. For me, that person was James Montoya, a well-known leader in higher education circles. The Dean of Student Life at the time, he encouraged me to apply for the directorship of the college’s first campus-wide diversity office. Montoya’s invitation and Kevin’s pointed question sustained me on this journey of three decades.

Along the way, I also discovered why I came back.

As an alumnus, I have an indelible connection to students. We share a set of common experiences. Their questions about “what was it like when you were here?” and “how has it changed?” made for long, probing conversations in my office, at the cultural center, in student meetings and during campus crises.

As a student, I participated in the 1980s anti-apartheid and divestment rallies. I attended Black Student Union meetings. I had taken some of the same classes as Kevin and others that I would get to know. I had a good sense of the changes they wanted because I had been there.

Administrators and faculty who are also alumni have the benefit of historical record and institutional memory. History is past, present and future is what I sometimes tell students as they wrestle with making sense of campus realities while pushing for change. A few years ago, when they stood in solidarity with those in Ferguson, for Black Lives Matter, and at the University of Missouri and Yale, there was space to also examine our institution’s history and past student movements. The goal was not to overwhelm them with institutional history but to offer just enough context that it might help them to see the connections.

Working at my alma mater has also connected me to generations of other alumni. A little more than a decade before I matriculated, 36 Black women organized to demand for the recruitment of more Black students. They also brought about the college’s first Black Studies program. A few hundred classmates during my undergraduate years also comprise the contingent of  Black and Brown fellow alumni that keeps me connected and grounded here. The largest alumni community spans the three decades of students I advised, counseled, mentored and taught. They are Black and Brown. They are White. They are international. They are LGBTQ. They are Muslim, Christian, Jewish and of all faiths. This growing alumni community has also made it easier to stay.

During this journey, I survived three presidents and just as many acting presidents. When I see Kevin at his 30th Reunion this year, we will probably have that conversation again. He has been active in the Black alumni organization. He knows that there are more faculty of color and a more inclusive curriculum.  There are more support resources for students. Racial justice and equity conversations are back on the table. I think Kevin would agree that there has been some progress. But the work is not complete.  It never is.

Through it all, I am glad that I came back.

Dr. Edward Pittman is an alumnus of Vassar College where he is the senior associate dean of the College. He is completing his 31st and final year at the end of this term.

No Justice, No Peace: How to Come to Terms with Your Own Anti-Blackness