That’s the findings from a two-year study of equity in recruitment, admissions and enrollment practices released by the Institute for Higher Education Policy (IHEP).

IHEP hopes that the study and its recommendations “could be the North Star” for colleges seeking to intentionally center equity in enrollment, allowing them to finally “open the door to all,” said Piper Hendricks, IHEP’s director of communications and external affairs.

“We did a deep review admissions policies and practices using data from the common data set that institutions report. These policies mean that students from low income communities, people of color, or even rural areas face additional barriers,” said Mamie Voight, interim president of IHEP. 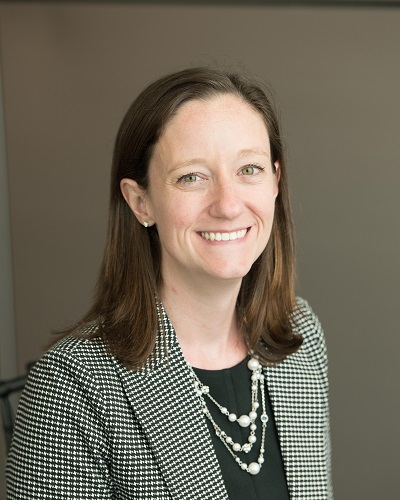 IHEP also reached out to conduct personal interviews with ten institutions and representatives from four peer organizations. Voight noted that, during these conversations, “there seemed to be a growing recognition of the inequitable impact of these policies.”

COVID-19 showed that higher education “can change, and change quickly when they need to,” said Voight, who noted that expected revenue often drives many institutional policies, including recruitment.

“As budgets are tighter and become more reliant on enrollment, it drives [admissions departments] to make difficult decisions,” she added. “Some of those compounding factors are state budgets and pressure for institutions to perform well in rankings.”

IHEP found that, in order to meet budgetary needs, many institutions tend to recruit out-of-state or in wealthier neighborhoods and schools. Roughly 20% of a recruitment budget is spent traveling to meet students in person at high school or college fairs. IHEP recommends that schools deliberately focus their time and efforts in-state, recruiting locally among minority populations, low income persons, and rural areas.

“Public institutions,” said Voight, “should be reflective of their state populations.”

She noted that recruitment strategies directly affect another enrollment practice: demonstrated interest. Demonstrated interest policies are easier to meet if students come from a privileged background, or if they know adults who have attended college. At one medium-sized university IHEP studied, 81% of in-person-visits were made by white students, many whom lived close to campus.

One way for institutions to increase their local population is to recruit at their local two-year institutions, the study noted, adding that 75% of students at community colleges say they intend to go to a four-year college and receive a bachelor’s degree. But only one quarter of community college students ever make the switch and that number is even smaller when it comes to students from low income backgrounds.

This disconnect between desire and execution often stems from confusing or inconsistent policies on what credits will or will not qualify. Without recruiters to guide them, students can become overburdened.

A U.S Government Accountability Office study found that 43% of credits were lost in the process of transferring institutions.

Seton Hall University, for example, tracks how many times a prospective student visits their website.

“Students who apply via early decision are often wealthier than those who apply via regular deadlines, and they are more likely to be admitted,” the report found.

Applicants who apply early receive a tremendous enrollment boost, equivalent to adding an extra 100 points to an SAT score, according to IHEP’s report. Early decision admission reduces the amount of time for families to create a competitive application and offers no chance to compare other financial aid packages from other schools.

The report also recommends the elimination of standardized testing.

“The SAT and ACT were adapted from undeniably racist standardized intelligence, or IQ, test,” the report noted. “While changes have been made in these tests since then, the bias within the structure and content of these tests remain and negatively affects students of color.

The College Board, which oversees the SAT, said that scores can be used, in conjunction with other criteria, for many purposes including scholarships.

“We’ve invested $25 million over five years in the new College Board Opportunity Scholarships program. These scholarships are open to all students, with half of them reserved for low-income students,” said Jaslee Carayol, director of communications for College Board.

In May of this year, the University of California decided it would no longer use the SAT or ACT in admissions but instead create its own, equity-centered state-wide assessment.

“More thorough equity within our system will require action at all levels,” said Voight. “Each of those policy makers needs to do their part. We need to see the federal Pell Grant doubled. We need to see states reinvest in public institutions in higher education, those who have been historically underfunded, get the support they need.”

IHEP hopes schools will take their findings into consideration, not as a checklist, but a guide.

Liann Herder can be reached at lherder@diverseeducation.com