Undergraduate Enrollment is Down, But Trends are Encouraging for Women in STEM - Higher Education

Undergraduate Enrollment is Down, But Trends are Encouraging for Women in STEM

Dr. Mikyung Ryu makes numbers her job. And while Ryu knows that numbers don’t lie, she also knows that in order to understand what the numbers are telling us, we need the whole story.

Ryu is the director of research publication at the National Student Clearinghouse Research Center.

Last week, they released a study of Spring 2021 enrollment, which showed a dramatic decrease in total undergraduate enrollment. And there were significant loses in programs associated with science, technology, engineering, and mathematics (STEM).

This is particularly alarming, given that jobs in the STEM industry have traditionally been underrepresented by women and people of color. In fact, a Georgetown University 2019 study found that racial equity for Black and Latinx workers in engineering could take 76 years to achieve, or 256 years if only counting Black workers.

The downward trend in undergraduate enrollment impacted diverse and underserved populations across the board, including Latinx enrollment, which had been exponentially growing before the pandemic.

“Latinx were often the only ethnic group who was growing in enrollment pre-pandemic,” she said. “But all those gains got lost.”

Ryu was able to point to some bright spots hidden in the overall data. Transfer students moving from two to four year institutions actually increased. And despite an overall loss in STEM programs, women’s enrollment didn’t actually dip. Male enrollment did. 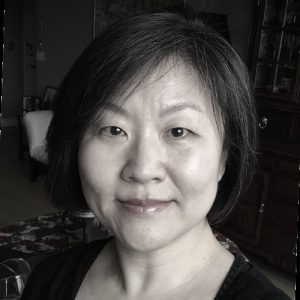 “Women’s enrollment in bachelor-level STEM programs didn’t seem to experience any impact from the pandemic,” she said. “It didn’t decline, unlike male enrollment.”

Georgia Tech, for example, is anticipating its incoming total female enrollment to hit 40% this coming year according to Rick Clark, director of undergraduate admissions at the school. That’s an all-time high. Georgia Tech currently offers 36 undergraduate degrees, the majority of them in STEM disciplines.

Clark says that one of the ways Georgia Tech recruited women into their STEM programs was to purchase names of test takers from the College Board and the ACT. By doing basic gendered name analyses, the school focused their recruitment efforts on an individual basis. But as standardized tests have increasingly come under greater scrutiny and universities are changing their test requirements, Georgia Tech is getting creative. They’re reaching out to community-based organizations and superintendents, bringing them to campus.

“Last year, we were test optional, because COVID made it difficult to have access to testing,” said Clark. “While 37% of applicants chose not to include a test, 63% of first-generation students chose to apply without a test score.”

Georgia Tech will see 23% more first-generation students in this year’s incoming class than previous years. Clark, who has been at the institution since 2003, said that admissions has implemented a holistic student application process  “putting value in what [students have] done inside and outside the classroom,” he said.

While Georgia Tech did not see a decrease in applicants due to COVID-19, Excelsior College in Albany, New York did. Excelsior is a private and exclusively online learning institution. 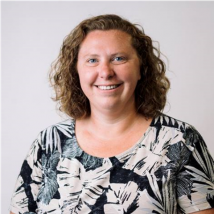 “We definitely did not have to scramble to bring our classes online during COVID,” said Breanne Simkin, the associate vice president for enrollment management at Excelsior. “But even if you aren’t an on-campus learning institution, people still had lives that were altered. At a time like that, education becomes a thing that’s reprioritized. Students had to make choices based on new life stresses.”

Excelsior continues to see successes and increased interest in its STEM enrollment, particularly in their cyber security, information technology and electrical engineering programs.

Excelsior specifically targets diverse recruitment by implementing a purposefully liberal application process. They do not require a standardized test for admittance (unless a candidate is applying to its nursing school), nor do they require a minimum GPA. All applicants need is to show proof of success somewhere in their lives.

“We give credence to prior work, listen to intended outcomes, and put students on the path to success,” said Simkin. “We’re seeing big increase in graduation and retention rates. They come, stay, and are successful. Diversity is one of our key strategies. Everyone is welcome.”

Liann Herder can be reached at lherder@diverseeducation.com