When reflecting on his Division I college basketball career at Marquette University, Jamil Stamschror-Lott has his pick of rosy memories, from coming out victorious over Duke University to beating UConn, which was ranked 2nd in the nation at the time. But one memory stands out among the rest. It was when Adrienne Ridgeway, Marquette’s current executive associate athletic director, told him he was qualified to be more than a basketball player.

“She sat down with me and showed me many employment opportunities that I did not even know existed at the time,” Stamschror-Lott told Marquette University last winter. “She said, ‘Not only are you qualified, you are overqualified for these positions.’ … I did not sense a feeling of judgment for exploring this decision. In those spaces, many times it feels taboo to discuss doing anything outside of basketball.” 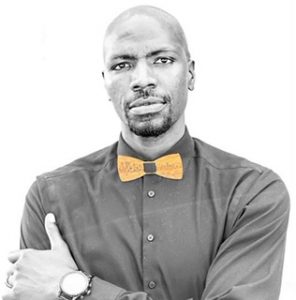 Today Stamschror-Lott is a mental health provider running his own therapy practice, Creative Kuponya, which he and his wife Sara founded together in 2017. The practice — named after the Swahili word for “healing” — is based in Minneapolis, the city he moved to as a child in the ’90s. That was back when the city was still being dubbed as “Murderapolis,” he says.

Later in his college years, his sociology classes helped him understand his past experiences.

“It spoke to my experience of having been othered or having been treated differently because I was Black,” says Stamschror-Lott, who often felt isolated as one of the few Black students in his advanced placement courses in high school. “It helped answer questions like, ‘Why does it seem [Black people] always get the short end of the stick?’”

Interested in social work, he began working for Big Brothers Big Sisters as an outreach worker to youth while in Milwaukee. Upon graduation, he returned to the Twin Cities where he found work as a case manager at a halfway house for adult males who had just left the prison system and were struggling to adapt to regular life. The combination of those two experiences, he says, emphasized the importance of reaching people early.

“It reinforced the idea that it’s easier to mold young children than to try to change adults,” says Stamschror-Lott. Hoping to change the directions of children’s lives by intervening early, he began working with youth in the probation system in St. Paul and later as a behavior intervention specialist for the St. Paul School District. In those roles, Stamschror-Lott found himself visiting the homes of the children he worked with, often coming face to face with the structural problems holding those children back — namely a lack of resources and male role models, he says.

“These families were coming up under a culture of just trying to survive,” says Stamschror-Lott, who often wondered, “What would I have come out to be if I grew up in a home like that?”

With a breadth of “real world” experience under his belt, Stamschror-Lott wanted a deeper understanding of how systemic oppression impacted the mental health of struggling Black communities and how he could help those communities heal from trauma. That’s when he returned to school to earn his master’s degree in clinical social work at Minneapolis’ Augsburg University, where he studied trauma and restorative justice. Today, he is an adjunct professor at the school, helping students explore their social identities by practicing dialogue.

The day he earned his master’s degree, Stamschror-Lott says he recalls stepping outside into the warm summer sunshine, glowing with happiness for what he had achieved. That happiness, however, was quickly overshadowed when he learned that Philando Castille had been murdered on that same day.

The fact that Castille was tall and dark, just like himself, and that he had worked for the same public school district in St. Paul hit close to home. Unfortunately, it would not be the first or last death to weigh heavy on his mind. Four years later, another man would be murdered in his hometown: George Floyd.

With images of death and violence flooding the media and triggering unhealed trauma for people who feared for their own safety, Stamschror-Lott wanted to help his community cope. So, several days after Floyd’s death, he and his wife began hosting a series of free healing sessions, in which they guided the public through meditative practices.

“Microaggressions and discriminatory encounters can take a mental and physical toll on your body,” says Stamschror-Lott. For that reason, he and his wife don’t focus on talk therapy alone. They incorporate art, body movement and cultural celebration into their sessions too.

Now three years old, Creative Kuponya is not only known for its focus on trauma-informed community healing but for its accessibility. That’s one reason why they founded the practice in the first place.

Deeply embedded in his community, Stamschror-Lott also serves as a mentor to younger Black men as part of the New Lens Urban Mentoring Society. Additionally, he serves as a mentor to Black male students through The Minnesota Private College Fund, working to increase the graduation rates of Black men, who statistically fall behind other demographics.

“I can’t change everything for the greater context of our country and community,” he says. “But I want to try to inspire folks to change for the better.”

This article originally appeared in the June 24, 2021 edition of Diverse. Read it here.