Emory University announced this week that it will be making several plans to reconcile with its racially fraught past, The Atlanta Journal-Constitution reported. 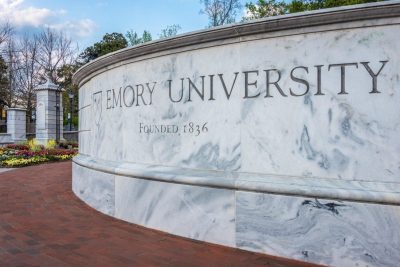 One of these plans include the renaming of several buildings. Emory will rename Language Hall on its Oxford College in honor of the late Horace J. Johnson Jr., who became the first Black Superior Court judge to serve in the Alcovy Judicial Circuit 2002. The school will also change the name of its Longstreet-Means residence hall – named after pro-slavery former college President Augustus Baldwin Longstreet – to Eagle Hall.

Other plans include making plans for memorials for its Atlanta and Oxford campuses to honor the labor of enslaved people who helped build the school and explore adoption of a land acknowledgment statement to recognize the school’s location on the homelands of the Muscogee (Creek) Nation.