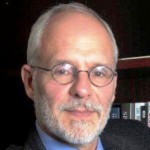 Dr. Mark Schneider is the vice president of education, human development and the workforce at the American Institutes for Research.

The federal government’s method of collecting college graduation rates is outdated and does not take into account the large number of nontraditional students now in higher education, witnesses told a House of Representatives panel on Thursday.

The current IPEDS system tracks the graduation rates of first-time, full-time freshmen at colleges and universities, a framework that fails to include many part-time working students and those who transfer from lower-cost community colleges to four-year institutions, witnesses said.

“The fixation on first-time, full-time students makes no sense for the world we live in,” said Dr. Mark Schneider, vice president of education, human development and the workforce at the American Institutes for Research.

In recommending changes, one researcher called for the standard collection of graduation information on low-income students and those receiving Pell Grants. While IPEDS collects graduation data by race, reporting data by these two additional measures would help disadvantaged students make decisions on which college to attend.

“Low-income students trying to decide which institution offers them the best chance of earning a degree or credential have no way of assessing how well an institution does for students like them,” said Jose Cruz, vice president for higher education policy and practice at The Education Trust in Washington, D.C.

While some educators and lawmakers are concerned imposing more reporting requirements on colleges, Cruz said such data are critical for economically disadvantaged students and their families. “It’s hard to make the argument that it’s burdensome if it promotes improvement,” he said.

Witnesses also noted that colleges may be hesitant to disclose graduation rates due to the limitations of the data. For example, a college with a 48 percent graduation rate may be doing better than a college with a 68 percent rate if it is enrolling many low-income, nontraditional students, said James Hallmark, vice chancellor at Texas A&M University.

On his campus, Hallmark noted that Texas A&M is “awash in data.” But the issue is “transforming it into usable information.”

Asked to identify key data the federal government should collect, he identified retention rates, number of graduates and graduation rates with a focus on both traditional and nontraditional students.

The House higher education subcommittee held the hearing as it prepares to reauthorize the Higher Education Act beginning next year. During the hearing, Republicans who lead the panel expressed concern about the heavy reporting burden facing post-secondary institutions.

Foxx noted that she has grappled with such data collection issues since she was a college faculty member and administrator. “I’ve been frustrated with this issue all my life,” she said.

Another witness, Tracy Fitzsimmons, president of Shenandoah University in Winchester, Va., echoed some of Foxx’s concerns. “If you add more layers [of information], could you please take some away?” she asked the panel.

But Rep. Ruben Hinojosa, D-Texas, countered that reporting data is essential since it can “hold colleges and universities accountable for rising tuition and the quality of their programs.”

Still, Hinojosa joined the witnesses in seeking changes in how institutions report graduation rates. Focusing only on whether first-time, full-time freshmen graduate in six years is “a poor and inaccurate measure” for the current higher education population, he said.