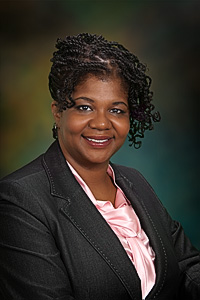 When students started to ask whether they could be “friends” with her on Facebook, Dr. Dionne Clemons, a public relations instructor at Howard University, came up with a simple rule: Not until after graduation.

“You don’t need to see what I’m saying on Facebook,” she said.

But when Clemons found that her students had an ongoing need to consult her about how to write a cover letter or negotiate a salary, she concluded that perhaps she needed to be a little friendlier with her students on Facebook after all.

Students can hit the “like” button to follow the page, as more than 200 individuals have done thus far.

The veteran public relations specialist uses both accounts, which are linked, to provide “advice, guidance and counseling to help rookie public relations practitioners navigate and succeed in the industry,” the web pages for the accounts state.

Clemons updates her web pages several times a week by posting tips that range from leads on internships and jobs to advice articles from PR industry websites.

“This is how I’m keeping up with my students,” Clemons said as she shared her online academic experience recently at the second annual Social Media Technology Conference & Workshop hosted by Howard University and Bowie State University.

The two-day conference drew about 100 attendees — including individuals from five different countries — and touched on topics that ranged from how to get students involved in online journalism to drive traffic to their class website, to how to avoid the legal pitfalls associated with making libelous “tweets.”

One instructor shared a video created by an enterprising student who videotaped his journey to New Orleans earlier this year to watch his college team, the University of Louisville Cardinals, compete in the Final Four.

“You don’t have to work for traditional media to be a professional journalist today,” said University of Louisville communications instructor Ralph Merkel. “The cost to be a video journalist has plummeted.”

One recurring theme was that while social media represent an effective way to enhance instruction, instructors should steer clear of using social media to socialize with students.

“Instructors using social networks should always be concerned about the level of contact with students on Facebook,” said Howard University Assistant Professor of Communications Reginald Miles, whose presentation, titled “Teaching with Facebook,” can be found here.

Miles said he has found Facebook can be used as a “learning management system.”

“I would just say go into Facebook and go into the ‘Help’ section,” Miles said. “It’s really easy.”

The various functions and settings on Facebook can be used to create a virtual classroom. Miles said he uses Facebook to post a range of items, from classroom reminders to training videos for students to learn how to use various communications equipment. It also gives students an additional venue in which to express their views, Miles said.

While much of the social media conference focused on how to harness the power of social media at the classroom level, it also provided a forum for aspiring scholars to present papers on some of the broader applications of social media.

For instance, in a panel titled “Empowering African Diasporic Communities Online,” several young scholars dealt with topics that ranged from how the World Wide Web could be used to motivate members of the African diaspora to invest in their home countries, to some of the technological infrastructural challenges those countries face.

The young researchers found a host of problems, from web links that were broken or hadn’t been updated in several years, to websites that lacked the security assurances needed for people to feel comfortable sending money back home.

The interest among the African diaspora in helping out their home countries exists, but the means to channel that interest is a challenge, the researchers said.

“Research shows that the present day diaspora is willing to contribute back home, not only financial resources but also to use the (information and communications technology platforms) that are currently available to engage people in a variety of ways,” said Roger Caruth, a native of St. Vincent who is a Ph.D. student in the Mass Communication Media Studies program at Howard University.

Caruth focused specifically on those who hail from the Caribbean.

“The question is: How do you engage this population to aid in the development of their home countries?” he said.