Private College Costs Up Again but at Slower Rate 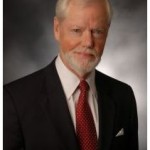 It’s what passes for good news on college costs these days: Private colleges and universities increased tuition 3.9 percent this fall, a rate well above overall inflation, but the smallest increase in at least four decades, and substantially lower than prices have been rising at public universities.

The figures released Thursday by the National Association of Independent Colleges and Universities highlight some of the complexities within an overall trend of rising college costs.

The list price at private colleges remains substantially higher than at publics — $29,230 this fall compared to a bit over $8,000 last year at public institutions (neither figure includes room and board).

But private colleges, which enroll about a quarter of four-year college students, typically also award more financial aid. The latest NAICU survey of 445 private colleges calculates they disbursed 6.2 percent more aid this fall than a year ago, following increases at least as large each of the previous three years.

That reduces the average net cost at private colleges, what families actually pay, to around $12,900, according to the most recent figures from the College Board, whose more comprehensive annual study of college costs is due out later this month.

Factoring in that aid, plus expanded federal aid and tax credits, net tuition and fees at private colleges actually fell 4.1 percent in inflation-adjusted terms between 2006 and 2011, according to the College Board.

“Students and families are increasingly price- and value-conscious,” said NAICU President David L. Warren. “Private college leaders are listening and working hard to keep students’ out-of-pockets costs as low as possible and provide the best value for the tuition dollar.”

According to NAICU, 24 private institutions froze tuition this year, among them a handful of prominent institutions such as Mount Holyoke College in Massachusetts. Others have committed to holding prices stable for all four years a student is enrolled.

For students who don’t get aid, many of the most expensive private colleges now cost more than $200,000 for a four-year degree. Last year, according to the Chronicle of Higher Education, 123 colleges charged more than $50,000 per year in combined tuition, fees, room and board. Topping the list was Sarah Lawrence College in Bronxville, N.Y., whose website lists this year’s costs, including a full meal plan, at $63,727.

The NAICU survey factored in responses from 445 of NAICU’s 960 members, but in past years the survey’s findings have fallen almost exactly in line with those of the College Board’s more comprehensive survey.

The Top 100:Interpreting the Data