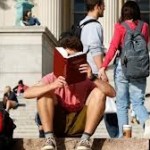 The new College Board reports, Trends in College Pricing and Trends in Student Aid, indicate that increases in public college tuition have slowed, but problems for lower income students continue because the rapid growth in federal grant aid has stopped.

The new College Board reports, Trends in College Pricing and Trends in Student Aid, indicate that increases in public college tuition have slowed, but problems for lower income students continue because the rapid growth in federal grant aid has stopped.

Established to help transform education in America, the College Board issues Trends reports that answer important questions about college affordability. In two reports published Tuesday, findings show the net cost of a college education continues to be a significant issue even as average published in-state tuition and fees at public four-year colleges and universities increased by 4.8% for 2012-13, a lower rate than in recent years.

“As tuition rises and grants and tax credits are there but don’t continue to rise, net tuition is rising so the burden on students is rising,” said Dr. Sandy Baum, co-author and a senior fellow at the George Washington University Graduate School of Education.

“The increased federal role of grants and tax credits that went up so much in recent years is not a sustainable trend,” she added. “The federal government cannot and will not continue to increase their financing of students at the same rate that it did in recent years.”

One point that Baum made during a teleconference on Tuesday was that the perception that students are borrowing more and more is incorrect. The increase in student debt is due more to the increase in the number of borrowers rather than the increase in debt levels.

She explained that, while some students borrow more than they can manage, those students constitute only a small minority of those borrowing money.

An important issue that Baum discussed affecting lower income students is the difference between published or “sticker” prices and net costs. A significant portion of these individuals may be eligible to receive grant aid, but could be scared off from applying to college altogether based on published prices.

“Students may get sticker shock and not apply,” Baum said. “Explaining more about student aid and net prices will make a big difference for students and families.”

While federal grant aid is no longer increasing, it does continue to exist. Institutional grant aid also exists. Loans come into play to fill the gap if students are finding their grant aid is cut, but Baum said that isn’t so much the case.

Key student aid findings show that total education borrowing, including federal student and parent loans, as well as nonfederal loans, declined by 4% in real terms between 2010-11 and 2011-12. But the 2011-12 total of $113.4 billion was 24% higher than five years earlier.

Private nonprofit institutions depend on endowments and annual giving by alumnae and others, and, with the recovering economy, that seems to be rebounding. That means there could be some institutional aid to compensate for decreases in federal grant aid.

Baum emphasized that one-year changes are not significant and that all sectors require continuous monitoring. As college prices go up and federal grant aid doesn’t, a greater burden is placed on students for which strategic solutions need to continue to be researched.

The 2012 reports are available at http://trends.collegeboard.org/.

Maine Students Headed to Cuba to Learn about Tourism, Health

Spring Ushers in a Bloody Hazing Season for Black Frats

Morehouse Hangs On to Top Title