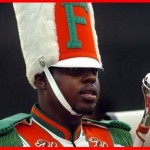 Robert Champion died nearly a year ago after being beaten as part of hazing by fellow band members.

SARASOTA, Fla. — Florida A&M University is offering to pay $300,000 to settle the lawsuit filed by the family of a drum major who died following a hazing incident.

Robert Champion died nearly a year ago after being beaten by fellow band members aboard a bus parked outside an Orlando hotel.

According to the Orlando Sun-Sentinel, the family’s attorney Christopher Chestnut said Pamela and Robert Champion Sr. were “insulted” by the offer and have rejected it.

The amount offered by the school on Wednesday is the maximum amount the university can pay without seeking approval by the Florida Legislature. Attorneys for the school are giving the family 30 days to respond.

Larry Robinson, FAMU’s interim president, would not comment directly on the offer.

“We are in negotiations and we are working with our legal team to move this matter forward,” said Robinson, who was in Sarasota attending a meeting of the state board that oversees the university system.

The university made the offer this week following an unsuccessful mediation session between university attorneys and attorneys representing the Champion’s family.

An attorney for Champion’s family and a spokesman didn’t immediately return calls for comment.

Back in September FAMU asked a judge to throw out the Champion lawsuit. That court filing said the lawsuit should be dismissed on several grounds, including that Champion should have refused to participate in hazing events and should have reported it to police.

The university also said at the time that taxpayers should not be held liable for Champion’s decision.

The scandal surrounding Champion’s death continues to haunt the school.

The band has been suspended for the academic year, and the longtime band director and university president have resigned. The Florida Board of Governors is expected this month to release the results of a year-long probe into whether top university officials ignored warnings about hazing.

The first of more than a dozen defendants charged in Champion’s death last month entered a plea of no contest to third-degree felony hazing. Ten other FAMU band members face felony hazing charges, while two others face misdemeanor counts for alleged roles in Champion’s hazing