Dr. Shaundra B. Daily Works to Improve Education with Technology 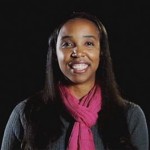 From K-12 to graduate school education, innovations in technology in recent years have been transforming classrooms and other learning spaces at a swift pace. Dr. Shaundra B. Daily is an educational technologist whose interdisciplinary training enables her to blend cutting-edge science and engineering with sophisticated pedagogical ideas to design learning technologies.

An assistant professor in the Human-Centered Computing Division in the School of Computing at Clemson University, Daily is in her second year as a faculty member, where she balances an ambitious research portfolio with her teaching. The division is chaired by Dr. Juan Gilbert, an award-winning scholar who is credited with mentoring more African-Americans through computer science Ph.D. programs than anyone.

“Her research [is] just a great fit” for the division, Gilbert says.

A graduate of the celebrated Media Laboratory Ph.D. program at the Massachusetts Institute of Technology, Daily honed her skills and understanding of educational technology in a program that’s known for its emphasis on interdisciplinary approaches to research and technology development. “The Media Lab has a long history of designing technologies for teaching and learning,” she says.

For Daily, the road to MIT and Clemson only began to take a clear path once she started thinking about the possibility of becoming a professor during her undergraduate years at Florida State University. As a teenager who attended high school in Birmingham, Ala., Daily had not thought of herself as a “techie.”

“I was a dancer, gymnast and cheerleader who happened to be good in math and science,” she says.

“I just enjoyed working with students so much and learning so much that I decided that I was going to move more into technology and creating technologies for teaching and learning,” Daily says.

At the Media Laboratory, Daily was part of the Affective Computing Group, whose research focused on “new technologies and theories that advance basic understanding of affect and its role in human experience.” In other words, the group’s adviser, Dr. Rosalind Picard, and students in the group are researching and developing technologies that interact with humans by detecting and utilizing emotional responses in ways that facilitate learning and other activities.

“It was actually an inspiration for me wanting to use technology … to learn how students think about themselves, about their emotions, [and] becoming more self-aware,” Daily says of the technologies researched by the Affective Computing Group.

The group has played a role in the development of Galvanic Skin Response (GSR) bracelets, manufactured by a firm called Affectiva. The bracelets allow researchers like Daily to measure variations in emotional reactions expressed by those wearing the devices. “Anytime you experience any emotion, you sweat … [the device] measures how much you perspire,” she notes.

Not long after her arrival at Clemson in the fall of 2011, Daily became an investigator on a Bill & Melinda Gates Foundation-funded project to develop a classroom-based technology module integrating the GSR bracelets and other technologies to help middle school teachers devise more effective teaching styles. “I have been [funded] to develop something like a pedometer which is informative for teachers and students,” she says.

“We’re working with teachers on how best to support them in interpreting that information” from the student data, Daily adds.

Dr. Jeff Gray, a University of Alabama computer scientist who has collaborated with Daily on urban school projects in Birmingham, says she stands out as an educational technologist. “I think she has a great ability to bridge the two areas of understanding the inquiry-based educational theories, which computer scientists wouldn’t normally have, and she also has the knowledge of technology — some of the things that someone from an education school wouldn’t have.”