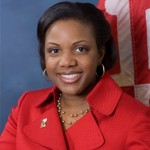 Baltimore — In the battle to boost retention and graduation rates, it pays to invest institutional resources for the cause and to dedicate specific staff people to do the job.

Those were some of the key points made Tuesday at a “completion forum” held at Morgan State University.

Dr. Weldon Jackson, Provost at Bowie State University, said it’s wrong-headed for institutions to assume that retention is “everybody’s business,” because then nobody will do it.

“What we’ve come to realize is that most postsecondary institutions have not really organized themselves appropriately to improve persistence and graduation,” Jackson said.

Jackson made his comments during a “best practices” session on college access and success. The session was part of the 2013 Statewide Completion Forum conducted by the Maryland Higher Education Commission. The theme of the forum was “Readiness, Innovation and Success.”

To help turn things around at Bowie, Jackson said, the institution dedicated a “retention coordinator” at each college within the university, as well as within the student affairs division.

“The notion of having a retention coach in each college and now student affairs, that’s a tremendous resource,” Jackson said. “It’s not an inexpensive resource.”

The job of the retention coordinators is to get highly involved in students’ lives and to take a personal stake in their success.

“We don’t believe in minimally invasive surgery,” Jackson said. “We believe in being as intrusive as necessary to the point of making students uncomfortable with their current state.”

Impacted students, he said, appreciate and understand that they need someone to help push them through school.

The addition of the five retention coordinators at Bowie is in line with a larger university initiative to increase its graduation rate to 60 percent by 2016.

Given the fact that the university’s graduation rate is about 41 percent, Jackson said the goal is a “heavy lift, but so what?”

Not all Bowie State University educators are on board with the approach, Jackson said, citing “segments” on campus that believe the best way to improve graduation rates is to admit more better-prepared students.

But Jackson said it’s not practical to admit only better-prepared students and that the institution has an obligation to help students who arrive on campus ill-prepared for the demands of college.

“We have to do everything in our power to make sure they get through,” Jackson said.

Jackson was one of several presenters who highlighted campus-based initiatives aimed at providing academic and social support to students from low-income backgrounds or who are the first in their family to attend college.

Others included Dr. Christine De Vinne, vice president for academic affairs at Notre Dame of Maryland University, who spoke about the “Trailblazers Scholars Program.” The program, funded by a $100,000 grant from the Wal-Mart foundation, among other grants, offers enhanced academic services to first-generation college students. When it comes to writing, for instance, tutors go over student essays with the students in the same way that their instructors will grade them so that the students have a better sense of how their essays are being critiqued.

The program has yielded promising results, De Vinne said, noting that year-to-year persistence rates and GPAs for Trailblazers have been on par with students who are not first-generation college students.

Keynote speaker Jamie Merisotis, president and CEO of the Lumina Foundation for Education, called for political and higher education leaders to rethink postsecondary education’s credentialing system, which he described as “far too closed and rigid,” as well as to rethink higher education finance.

Credentialing, he said, should be based more on what students learn as opposed to how much “seat time” they spend on campus.

Student aid, he said, needs to be modified to reflect the realities of today’s college student, who are largely not first-time, full-time students who enter college immediately after high school.

He touted performance-based funding as a means of turning things around — something that the Maryland state legislature is about to take up.

Dr. Danette Howard, Secretary of the Maryland Higher Education Commission, said the purpose of Tuesday’s conference was to help Maryland reach a goal set by Gov. Martin O’Malley (D) to have 55 percent of its population obtain a postsecondary degree of value by 2025. The percentage of such Marylanders is currently 45 percent, she said.

“We want not only to be the top state, but to compete with other nations,” Howard said of Maryland’s higher education completion goal.

Dr. David Wilson, president of Morgan State University, said it’s important to make sure that quality of degrees does not get lost in the discussion about the need to increase the number of America’s college graduates.

“If, for example, we are looking so much at the numbers and not looking at whether our institutions are preparing young people for success after they get the degrees, then we’re looking in the wrong place,” Wilson said.