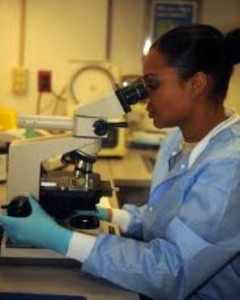 An NIH-funded study showed that the rejection rate was above 70 percent for NIH RO1 grant applications submitted between 1999 and 2009 by researchers of color.

The powerful National Institutes of Health has unveiled a new plan to boost the success rate for research grant applicants from historically underrepresented groups.

The effort, outlined in documents posted on the NIH web page and discussed in brief interviews with several academic leaders concerned with the low applicant success rate, envisions the agency investing millions of dollars into efforts to boost the number and grant-readiness of students from historically underrepresented racial and ethnic groups and institutions. It commits the agency to starting a National Research Mentoring Network (NRMN).

The effort also envisions greater oversight and coordination of the grant application and approval process, especially in the critical peer study groups and the oversight councils. The NIH also plans to hire a chief diversity officer, a first for the agency. That person would have a rank in the bureaucratic agency that makes him or her a direct reporter to the NIH director.

The recently announced plan comes after a year of study over what the agency needed to do in light of an NIH-funded study that found a rejection rate above 70 percent for NIH RO1 grant applications submitted between 1999 and 2009 by researchers of color, particularly from historically Black colleges and universities.

The report validated empirical and anecdotal information suggesting researchers of color were for years being summarily denied part of the billions of tax dollars awarded annually for biomedical and behavioral research.

The NIH-funded study also served as fodder for several academic leaders, including former Secretary of Health and Human Services Louis Sullivan and the presidents of Meharry Medical College and Hampton University to challenge NIH Director Dr. Francis Collins to take action on the issue.

The new effort draws heavily on the work last year by the NIH Working Group on Diversity in the Biomedical Research Workforce, a volunteer panel of ranking medical professionals that had politely described the funding study as “disturbing.”

Hampton University President William Harvey, who had also written the NIH director about how the high rejection rate was impacting his faculty, offered guarded praise to the NIH director and his staff. “I praise the results thus far,” said Harvey. “As one who was very critical, I think this was a good response. D. Collins and his team have been very responsible.”

Dr. Fatima Lima, dean of the school of graduate studies at Meharry Medical College, characterized the NIH initiative as a mixed outcome.

It envisions expanding the involvement of the council, which makes the final decision on application review actions by the various peer study groups, the first hurdle toward funding, and historically the point at which most applications have been rejected, said Lima.

The NIH plan, as she understands it, will also fund slightly more applications from historically rejected groups or institutions, eventually boosting the number and ranks of scientific “investigators,” she said.

Echoing others, Lima acknowledged the new program initially does not directly address what will be done to address academics currently seeking NIH backing or who have been rejected in recent years.

“It’s hopeful, not good, not bad,” Lima said of the NIH initiative.

Noting that the initial funding efforts appear targeted to undergraduate programs at very small historically underrepresented institutions, Norris said it could take two to three decades before the real impact of the efforts are measurable, since academics generally do not reach the professional level in their careers for seeking NIH RO1 funds until they are in their early 40s.

There is a risk that 10 or 15 years from now, someone could ask whether the new NIH effort was working, Norris said. That would be too soon to know, he said.

“It will take 20 to 30 years because the people who will apply are still in training,” said Norris, assistant dean of clinical and translational science at the University of California at Los Angeles (UCLA). “My concern is someone will ask in five or 10 years if this has worked.”

Also, Norris said, the new initiative did not directly address what will be done to address the needs of those between the undergraduate and potential grant recipient level — the pool of people whose experience in the past prompted the NIH action.

The agency early this month issued a call for planning grant proposals from historically underrepresented institutions interested in proposing more ambitious grant programs addressing the new goals of the NIH effort. It has also begun organizing its search team for its new chief diversity officer, a post it hopes to fill in the not-too-distant future.