Increasing Diversity in the Post-Fisher Era 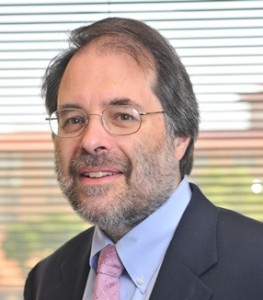 Recent data gathered by the Council of Graduate Schools and other educational organizations document the fact that, while progress has been made, African-Americans and Hispanics remain significantly underrepresented among recipients of doctoral degrees. According to the U.S. Census Bureau, the two groups comprise over 33 percent of all U.S. citizens in the age range of Ph.D. candidates but only 14 percent of those earning doctorates.

What is perhaps most disturbing about this data is the obvious implication: without more persons of color earning advanced degrees, there will remain an inadequate supply of underrepresented minority faculty, perpetuating a lack of diversity across college campuses. To say we are caught in a vicious cycle is a gross understatement.

In the wake of the recent Supreme Court ruling in Fisher v. University of Texas (2013), which sent the case back to the lower court and mandated a burden of “strict scrutiny” be met in evaluating the use of race in admissions decisions, there may be cause for concern. Increasing diversity at institutions of higher education might prove more difficult; some argue, for example, that the insufficient production of minority doctoral degrees owes in part to the admission process and a lack of financial support. While these variables do indeed contribute to the problem, and thus could render efforts to increase diversity more challenging in a post-Fisher era, now more than ever, we must focus on an oft unspoken culprit, namely, the insubstantial minority applicant pool.

Consider The University of Texas at Austin (UT) — one of the nation’s largest graduate schools and leading producers of doctoral degrees. The applicant pool for programs in the arts and sciences is characterized by a small number of underrepresented minorities. Less than 10 percent of the 20,000-plus applicants to UT’s graduate school are Hispanic, African-American, or American Indian — and this is not significantly different at other major public research institutions.

While factoring race and ethnicity into the criteria considered for student admission and for awarding scholarships and fellowships no doubt makes a difference and, therefore, is a necessary practice, no profound increase in diversity will occur until significant progress is made in convincing talented minorities to pursue graduate study. Nationally, top-notch graduate institutions often play numbers games, competing with each other to redistribute an already undersized minority applicant population.

Why do talented minority students choose not to attend graduate school?

Many admit not giving serious thought to pursuing traditional graduate degrees, preferring instead to enter law, medicine or business, not only because of money and prestige, but also awareness of the societal impact of these pursuits. Underlying this preference is the fact that students from a minority community, or those who are the first in their family to attend college, may perceive withdrawal from the rough and tumble of everyday problems as dereliction. Minority and first-generation students may be very bright and capable of learning at the highest levels, yet feel the tug of social responsibility.

Ironically, graduate education need not be viewed as an insular enterprise devoid of social relevance. At UT “Intellectual Entrepreneurship” (IE) is an innovative vision and model of education that challenges students to be “citizen-scholars.” By engaging students in community projects where they discover and put knowledge to work, as well as requiring them to identify and adapt to audiences for whom their research matters, for 15 years IE has documented the enormous value to society of graduate study.

What does the IE philosophy of education have to do with increasing diversity? IE was devised in 1997 to increase the value of graduate education for all students. Yet we discovered in 2002-2003 that 20 percent of students enrolled in IE were underrepresented minorities, while this same group comprised only 9 percent of UT’s total graduate student population.

Minorities reported that, by rigorously exploring how to succeed, IE helped demystify graduate school. More importantly, students noted that IE provided one of the few opportunities to contemplate in a genuine entrepreneurial fashion how to utilize their intellectual capital to give back to the community — something motivating many minority students.

The spirit of intellectual entrepreneurship seems to resonate with and meet a felt need of minority and first-generation students, facilitating exploration and innovation. IE implores students to create for themselves a world of vast intellectual and practical possibilities, acquiring the resources needed to bring their visions to fruition. Put simply, IE changes the metaphor and model of education from one of “apprenticeship-certification-entitlement” to one of “discovery-ownership-accountability.”

The IE philosophy’s potential to increase diversity in graduate school is best documented by the “IE Pre-Graduate School Internship” begun in 2003-2004. This initiative pairs undergraduates with faculty supervisors and graduate student mentors. Interns work with their mentors and supervisors on research projects, observe graduate classes, shadow graduate student teaching and research assistants, participate in disciplinary activities and explore their futures. Rather than being outsiders looking in or passive targets of recruitment, IE interns function as “anthropologists,” immersing themselves in the day-to-day experiences and activities of graduate school and then interrogating the academic culture in which someday they may reside.

Besides providing useful tools to undergraduates already certain about graduate study and who are committed to a specific academic discipline, the approach taken by most outreach and professional development programs, the Pre-Graduate School Internship is an exercise in entrepreneurial learning: it affords opportunities for students to discover their passions, the value of academic disciplines and the culture of graduate study — something that is not a staple of the undergraduate experience.

Interns report that, for the first time in their undergraduate career, a “space” existed to reflect upon the role education plays in meeting their goals. IE empowered them to view academic disciplines not as artificial containers in which students are housed, but as lenses through which to clarify their visions and as tools by which their goals might be realized.

Especially exciting is the fact that about 50 percent of IE Pre Graduate School interns pursue graduate study following completion of their baccalaureate degree. No wonder this initiative received an “Examples of Excelencia” Award as top program for graduate institutions in the United States. In the words of Stanford President John Hennessy, “UT’s Intellectual Entrepreneurship project (IE) is a leader nationally. It provides best practices in promoting diversity in the academy, especially in attracting students to the critical areas of science and technology.”

IE’s potential to increase diversity in the post-Fisher era is not limited to graduate education. Based on a pilot project with local area middle and high school students, we have learned that IE has the capacity to expand the number of underrepresented minority students who attend college.

Going beyond traditional recruitment and affirmative action programs, IE empowers students to discover their passions and produce an entrepreneurial plan enabling them to construct a pathway to college. To increase diversity in a race-neutral era, we must expand the undergraduate applicant pool, and one way to do that is to enable students to see the connections between their professional aspirations and education — something at the core of IE’s approach to education in the past 15 years.

From IE we have learned that to increase diversity, the applicant pool must be expanded; education must be made transparent and relevant. Moreover, entrepreneurial education and experiences must be available for students at all levels, enabling them to discover how education brings their visions to fruition. Entrepreneurial learning begins with students’ curiosities and goals driving their lives, challenging them to own and be accountable for their educational choices and intellectual development.

Richard A. Cherwitz is a professor in the Department of Communication Studies (and in the Department of Rhetoric and Writing) at the University of Texas at Austin and the founder and director of the Intellectual Entrepreneurship Consortium (IE) in the Office of the Vice President for Diversity & Community Engagement (DDCE).