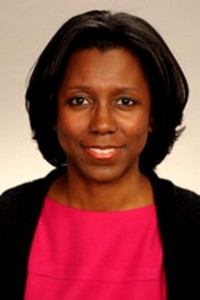 In the 1890s, the city of Brotherly Love bustled with growth and the sound of steel mills. Life for Blacks there both flourished and floundered in a conspicuous separate world that numbered about 45,000. But wealthy Whites considered their Black neighbors to be inferior among the million who called Philadelphia home.

In the summer of 1896, the University of Pennsylvania hired Dr. William E. B. Du Bois as an “assistant in sociology,” paying him $90 a month to study and write about “the social condition of the colored people in Philadelphia, particularly in the Seventh Ward …,” where one in five Blacks in the city once lived. At 28 years old, Du Bois moved and lived among the masses of Blacks he interviewed and observed, making his home with his wife above a settlement house on Lombard Street in what he called “the worst part of the Seventh Ward.”

Du Bois described the life he saw and experienced: “We lived there a year, in the midst of an atmosphere of dirt, drunkenness, poverty, and crime. Murder sat at our doorsteps, police were our government, and philanthropy dropped in with periodic advice.” He concluded that being a Negro wasn’t the problem; instead, Black Philadelphia’s problem was namely systematic racial discrimination. Those findings became his classic 1899 book, The Philadelphia Negro.

That once-vibrant and complex Black community where Du Bois saw humanity, not just problems, died out over time. In an introduction to The Philadelphia Negro, which was reissued by the University of Pennsylvania, Dr. Elijah Anderson, then a distinguished sociologist at the university, wrote that Blacks who once dwelled in the old Seventh Ward “moved completely” and, today, most Blacks seen in the neighborhood “are usually passing through.”

The Seventh Ward Du Bois found at the turn of the century may no longer be the epicenter of Black life in Philadelphia, but Dr. Stephanie C. Boddie, a sociologist and professor affiliated with both the University of Pennsylvania and the University of Pittsburgh, is re-creating Du Bois’ survey for The Ward: Race and Class in Du Bois’ Seventh Ward, a year-old University of Pennsylvania research, education and outreach project that is using new technology and archival records, including census data.

For her research, Boddie has turned to some of the Ward’s Black churches to gather oral histories from the elders who can bear witness to a time and place that has taken flight. The churches remain as vestiges of that era and were strong towers that buffeted the Black community from the day’s social forces. She started with the historic Tindley Temple United Methodist Church, formerly known as Bainbridge Street Methodist Episcopal Church when Du Bois visited.

For Boddie, who directs The Ward’s oral history collection, the opportunity to listen in on the past while following in the footsteps of Du Bois, a fellow researcher, has been a highlight of her work on The Ward, she says.

“The way that I’m exploring these oral histories is the way that I think Du Bois may have explored them,” says Boddie. “They are really nested in a set of methods” that include linking archival church research with the narrators. She adds that ultimately she wants to use those individual stories to help construct a historical view of race and Black life in America.

Interviewed at 100 years old, Tindley Temple member Louis Tucker is among those elders who considered the nation’s progress on race parity in areas like education and housing to be “a mixed bag,” Boddie says. In his oral history, Tucker revealed some dismal pages from Black life in the Philadelphia he once knew. “Before World War II, the paper, in the want ads, would tell what race a person they want to hire. They would tell you whether it was White or Black or light colored.” His reflections on the election of the nation’s first Black president seemed to signal a sense of hopefulness about the future for Black America: “I never thought I’d see the first Black president of the United States … . I didn’t know society had changed so much that so many Whites would vote for him. Ya’ll seeing better days than I saw, as far as society is concerned.”

Using the century since Du Bois’ survey of the Black condition in the Seventh Ward as a yardstick, Boddie says today’s “wealth gap and housing gap” between Whites and Blacks remains wide. Dr. Amy Hillier, The Ward project director, agrees.

In his day, “Du Bois put his finger on a hot spot,” says Hillier, referencing inequities that still stoke a Black-White divide. Even with the nation’s first Black president in the White House, Boddie wonders what Du Bois would say about the remnants of racism and disparities that sometime seem immovable.

In the 50 years since Du Bois’ death on August 28, 1963, Hillier points out that “racism has been reshaped, reinvented and reinforced” in America. And its impact is clear: “There is no way the level of discrimination and disparity in health and education outcomes would have been tolerated unless White people were denying the full humanity of Blacks.”

When Boddie and Hillier met as classmates at the University of Pennsylvania School of Social Work, these were the kinds of issues that helped spawn their early ideas for a project that both honored Du Bois’ legacy and used his research to better understand race.

While Hillier says The Ward’s emerging oral histories are among the most visible and accessible aspect of their work, she is using new technology to help resuscitate century-old lives like those Du Bois encountered. The original survey data Du Bois amassed no longer exist, but, if the pioneering sociologist were taking to the streets today, he would “need GIS” or a geographic information system, says Hillier, an assistant professor in the Department of City and Regional Planning in the School of Design at the University of Pennsylvania.

“Think Google Earth,” Hillier explains of the GIS comparison. This technology could have transformed the meticulous, box grids Du Bois used to map and tag each of the 2,500 households he visited and described by social class into “a much more elegant and spatial” look.

Hillier once lived on the edge of the Seventh Ward before she knew its history. Today, she is using “household-level data from the 1900 U.S. Census” to imagine and re-create the streets and neighborhoods Du Bois visited and the families he sat with and surveyed around kitchen tables.

A handful of local high schools have been the primary audience for much of Hillier’s work on The Ward. There is a board game of the same name and a curriculum used to introduce students to Du Bois and Black history from the period, but visitors to the project’s interactive website get to know something about those who called the Seventh Ward home. Entering a street address and name opens the door to learning about those who dwelled there. A few more clicks will provide a first and last name, their relationship to the head of that household, age and place of birth, occupation (many were caterers), whether they were able to read and write, or even able to speak English.

By making these records available, Hillier says, The Ward is, in a modest way, trying to extend and re-create the important work Du Bois began.