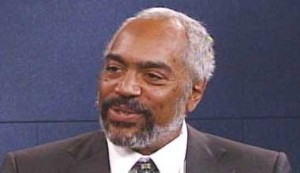 Dr. Gibor Basri, UC-Berkeley’s vice chancellor for equity and inclusion, has been dealing with having only one full-time staff person in each of the three resource centers focused on racial minorities.

In efforts to better meet the needs of minorities and non-traditional, college-going populations, the University of California, Berkeley is hiring additional staff for many of its student resource centers.

University officials hope the six full-time professionals will be on board by the start of the spring semester. These new positions are part of an $800,000 initiative aimed at boosting the campus experiences of various subsets of the 25,000-plus undergraduates and improving their chances of academic success, says Dr. Gibor Basri, UC-Berkeley’s vice chancellor for equity and inclusion.

Half of the new staff positions have been designated for multicultural student development, one each in African-American, Chicano/Latino and Asian-American offices. The others are positions earmarked for serving students who are military veterans, parents and undocumented immigrants, respectively.

Currently, only one full-time staff person works in each of the three resource centers focused on racial minorities. That has been the case since Basri, a longtime faculty member, became the university’s top diversity officer in 2007.

“It’s impossible for one person to handle all the priorities,” he says. “The person is supposed to run programs, supervise interns and advise students who drop in at all hours. In my first year in this job, the offices were already under-resourced.”

In spite of the bare-bones staffing, the resource centers offer students an array of opportunities aimed at retention and empowering them as leaders. For example, the African-American Student Development center pairs undergraduates with faculty and alumni mentors. It also runs a semester-long, undergraduate exchange program with Howard University.

Although widely regarded as one of the most prestigious four-year, public universities nationally, UC-Berkeley enrolls modest numbers of Latinos and African-Americans. Latinos currently make up 15 percent of freshmen, for instance, and African-Americans comprise 3 percent. Meanwhile, about 38 percent of the state’s population is Latino and 7 percent is African-American, according to the 2012 American Community Survey.

Even though Asian-Americans, who make up 44 percent of this year’s UC-Berkeley freshmen, are by no means underrepresented in enrollment there, services at their race-based campus student resource center are just as crucial, Basri says.

Aside from the race-based resource centers, new staff professionals are being added in other areas in response to rapid growth in niche populations of students, Basri says. Although it has a reputation historically as a liberal, anti-war bastion, UC-Berkeley enrolled 77 military veterans during the 2008-09 academic year, a figure that swelled to 250 in 2012-13. So it’s no surprise that student veterans sorely need more staff to provide academic advising and help with planning and development of transition programs.

Meanwhile, students who are also parents will have an additional advocate to represent and vocalize their points of view in areas such as family housing and child care expansion on campus. Currently, more than 300 undergraduates are parents.

Furthermore, the newest resource center — a set-aside for students who are undocumented immigrants — will gain another staff professional. Opened a year ago, the “dreamers” center offers computer stations and space to study between classes along with assistance in securing financial aid and other services. UC-Berkeley enrolled more than 200 undocumented students last spring, a head count that is expected to grow by at least 10 percent this school year.

Foot traffic keeps climbing at the “dreamers” center, Basri says, noting that “at first, the students were a bit tentative about being seen there, but as time goes on, they have realized this really is the place to go for whatever they need.”

University plans call for the center to expand its peer mentoring opportunities due to high demand, he says, adding that the physical space and services “probably make it the most comprehensive center of its kind” at any U.S. college campus.

Congress has yet to pass so-called Dream Act legislation, but the California legislature has already done so, and the measure allows students from undocumented families to receive non-state-funded scholarships to attend public colleges and universities. Such students are also eligible to receive aid such as institutional grants and community college fee waivers. This, along with receptive mindsets among university leadership in recent years, is largely why UC-Berkeley’s undocumented population continues growing, Basri says.

When he became the chief diversity officer in 2007, Basri told Diverse that his main goal was to establish for minorities the same sorts of networks that the majority already had. “These are directly related to that goal,” he says of the new hires and initiatives. “We’re reaching out to students with particular need or context.”

Programs being funded under the $800,000 include a pilot project for an intensive, off-campus women’s leadership retreat. The endeavor is a partnership between African-American Student Development and the Gender Equity Resource Center, which serves LGBT students, as well as sponsors gender-specific activities without regard to sexual orientation.

The university is also expanding the number of seats in a popular for-credit transition course for transfer students. Currently, one in three undergraduates are transfers, most of them from community college, Basri says. In fall 2011, about 150 transfer students took the course, a figure that doubled a year ago, with more who ended up on a wait list.

Baylor Settlements Could Signal Trend of More to Come

Meet Kelly Hyles, Who Was Accepted to All 8 Ivy League Schools After Moving From Guyana

Give Them the Chance to be Young, Gifted and Black