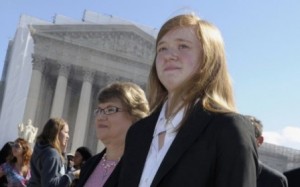 Though race can still be considered during the admissions process as the result of the Supreme Court’s action in Abigail Fisher’s suit against the University of Texas, affirmative action as a means to achieve diversity continues to be challenged.

The Obama administration has issued new guidelines to colleges and universities instructing them on how best to address the issue of affirmative action while steering clear of potential legal sanctions in the wake of the recent U.S. Supreme Court case Fisher v. University of Texas.

The guidelines were announced as college administrators continue to struggle with how to best diversify their campuses. The 7-1 ruling by the court in June said that race could be used in the admission process but only “if no workable race-neutral alternatives would produce the educational benefits of diversity.”

In a letter issued to college and university presidents on Friday, Jocelyn Samuels, acting assistant attorney general for the Civil Rights Division of the U.S. Justice Department and Catherine E. Lhamon, the assistant secretary for the Office for Civil Rights at the U.S. Department of Education, reiterated that affirmative action remains legal.

“The Court preserved the well-established legal principle that colleges and universities have a compelling interest in achieving the educational benefits that flow from a racially and ethnically diverse student body and can lawfully pursue that interest in their admissions program,” the two wrote.

In 2011, the departments jointly issued a report titled Guidance on the Voluntary Use of Race to Achieve Diversity in Postsecondary Education and has now published the three-page Questions and Answers that administration officials say was designed to help with the implementation of “lawful programs consistent with the recent Fisher decision and prior Supreme Court decisions, to promote diversity on your campus.”

Abigail Fisher sued the University of Texas, claiming that she was not offered a spot at the school in 2008 because she is White. If the Supreme Court had ruled in Fisher’s favor, education advocates worried that it would become much more difficult for minorities to gain admittance into majority institutions.

“As the court has repeatedly recognized, a diverse student enrollment promotes cross-racial understanding and dialogue, reduces racial isolation and helps to break down stereotypes,” Secretary of Education Arne Duncan said. “This is critical for the future of our country because racially diverse educational environments help to prepare students to succeed in an increasingly diverse workforce and society.”

But others have already geared up for additional challenges to affirmative action.

Roger Clegg, president and general counsel of the Center for Equal Opportunity, called the administration’s talking points “unenlightening and misleading” and said that schools would be well-advised to not rely on it.

“Today’s guidance is flimsy — a cover letter that is barely over one page and seven superficial questions and answers that, at best, provide no insights not readily obvious to anyone who has read the Court’s 13-page Fisher opinion, and relying on any of it will only get schools into legal trouble,” he said. “The guidance does not provide a safe harbor since it does not bind anyone outside the Obama administration, and of course the Obama administration would never challenge a racial-preference program, no matter how blatantly illegal it was.

“Conversely, there are plenty of groups eager to challenge schools’ racial preferences, and indeed litigation against the University of Texas itself continues apace, with new briefs being filed on remand next month.”