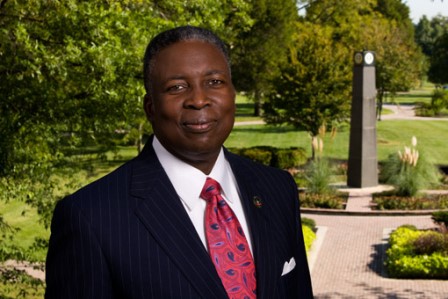 Bowie State University President Mickey Burnim says collaborating with other schools to increase enrollment for its Masters in Computer Science program is a possibility.

A federal court ruling that concluded the state of Maryland has not done enough to help its Historically Black Institutions (HBIs) has put the presidents of these state-supported institutions in an awkward position.

In her 60-page ruling, Blake chastised the state and said that it “offered no evidence that it has made a serious effort to address continuing historic duplication” and pointed out that Maryland’s Black colleges have only 11 unique high-demand programs in contrast to the 122 at traditionally White institutions. The establishment of competing programs, according to Blake, has caused the program enrollment at HBIs to plummet.

The ruling was seen as a major blow to Governor Martin O’Malley, who is seen as a possible Democratic contender for the White House in 2016. William E. Kirwan, the chancellor of the University System of Maryland, tried to move beyond the ruling but said that the state had always operated in good faith.

“In my own opinion, I think the system has been very supportive of creating unique programs at the HBCUs [Historically Black Colleges and Universities] whenever possible and has been very careful to avoid program duplication,” said Kirwan. “There are obviously some programs that are in high demand in the economy. In such instances there is some duplication, but that is in the best interest of the state’s economy.”

While several HBI presidents have privately expressed support for the litigation filed by  a group of concerned students and alumni in 2006, they have been careful in their public comments, unwilling to weigh in on the specifics of the lawsuit since their financially-strapped institutions are largely dependent on funding from the state and report directly to the Maryland Higher Education Commission.

When asked about the ruling, Morgan’s president, Dr. David Wilson, would only say that “it’s important for the state of Maryland to have a strong and vibrant and competitive Morgan State University.”

At the University of Maryland Eastern Shore, spokesman Bill Robinson said that the school’s president, Dr. Juliette B. Bell, who began her tenure in July, was unavailable for comment. “We’re confident that the court ruling provides us with an opportunity to revisit the dialogue with all of our stakeholders as we figure out how the state can power Maryland forward to increase competiveness,” he said.

Reached by phone Tuesday, Dr. Mickey L. Burnim, president of Bowie State University, downplayed any suggestion that the court’s ruling would have an immediate impact on his school’s day-to-day operation.

“Our goal is to have the best comprehensive school and to improve our private fundraising efforts,” he said. “That’s always been our focus.”

But Burnim said that Bowie would be open to collaborating with other schools to maximize enrollment for its existing program if the Coalition for Excellence and Equity in Higher Education—the organization that brought the lawsuit—and the Maryland Higher Education Commission came to an agreement.

It’s unclear how this case will end. Earlier in the week, the O’Malley administration was still in defensive mode and said that it had not decided what steps it would take next.

“We respectfully disagree with the court’s conclusions regarding duplication,” said Samantha Kappalman, a spokeswoman for O’Malley. “We are continuing to review [the] decision and are considering all of our options, including resolving the lone remaining issue through constructive mediation.”

David Burton, an alumnus of Morgan, hailed the court’s ruling as a major victory. “We sought to prevent the marginalization of the HBIs and wanted them to have academic programs that are attractive to students and properly supported by faculty, facilities and other resources.”

It was the duplication of an MBA program and a Masters in Computer Science that had already been in existence at Morgan State University and Bowie State University that ultimately helped to trigger the litigation.

During the trial, which ended last year, Michael D. Jones, the lead counsel for the plaintiffs and a partner at the law firm Kirkland & Ellis, said that the HBI presidents would only testify as a result of his issuing a subpoena.

The presidents have had to strike a delicate balance in their approach.

Several years ago, they sent a scathing letter to the Maryland Black Caucus complaining about the deteriorating conditions on their campuses. But they also asked Caucus members not to circulate the letter in fear that their letter would be interpreted as public criticism.

Now that a judge has issued her ruling, the presidents will not play a role in determining the final outcome.

“They didn’t drive the case and they can’t resolve it,” said Jones, who added that he is optimistic that a fair and equitable remedy could be reached. “We look forward to the remedies phase of the trial. We will present evidence of the costs of developing programs and identifying those programs at the Traditionally White Institutions that need to be transferred to the Historically Black Institutions.  We will also outline the additional resources that are necessary for those programs to be successful. We expect that at the end of the process Maryland’s HBIs will be shining examples of the possibilities at HBIs.”