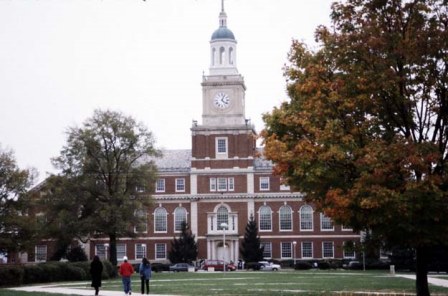 HBCUs like Howard University are seeing their endowments bounce back after the recession.

The stock market’s impressive performance in recent months has helped college endowments regain much of their growth that was lost since the economy began its nosedive in 2008, according to preliminary results released Wednesday of the most comprehensive study of higher education endowments.

The preliminary study released by the National Association of College and University Business Officers (NACUBO)—Commonfund Study of Endowments revealed that Educational Endowments Earned Investment Returns averaged 11.7 percent in fiscal year 2013, compared to .03 percent in 2012. The study is based on responses from 206 endowments and foundations that responded to detailed surveys from the Commonfund Institute. The research group said more than 200 other institutions have indicated they will file reports with the organization by January 2014, when it plans to issue the final version of its study.

The preliminary results, which measure endowment performance by financial size groups, do not identify institutions by name. But In the 2012 survey issued last spring, the endowment statuses of several Historically Black Colleges and Universities (HBCUs) were listed. Despite this, institute officials noted that generally most HBCUs do not participate in the Commonfund Institute survey.

Of the handful that did this year, which were mostly larger HBCUs with long-established endowments, the survey results confirm anecdotal evidence of a rebound in the making, noted William Jarvis, managing director and head of research at the Commonfund Institute.

If one extrapolates, it would be safe to speculate other HBCUs with well-established endowments, such as Hampton University, Spelman College, Meharry Medical College and Tuskegee University, also experienced impressive rebounds in their endowments.

In the 2012 survey, Spelman reported an endowment of $309 million, Hampton reported $232 million and Meharry $112 million. Tuskegee, which did not participate in the annual survey, reported its fiscal year endowment stood at $105 million.

The good news from the investment front does have caveats.

For one, institutions that lost considerable endowment value in recent years need to remain conservative in tapping the increased value of their savings, said Jarvis. He said endowments are still intended to strengthen an institution over the long term and noted that donors who give large amounts to institutions are still looking at how well schools are run.

“These days a donor will look at the financial capabilities (of an institution) to determine whether to give an annual gift,” said Jarvis. “A well-run office gets an endowed gift. Demonstrate the competence, you get the money.”