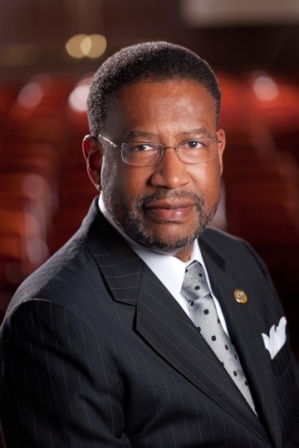 Paying for college has always been a struggle for Christian Fair, a first-generation computer engineering student at Johnson C. Smith University. But the battle has become much more challenging since his parents were denied a federal Parent PLUS Loan (PPL) this fall. Facing a $600 shortfall in funds needed to cover the rest of his tuition and books, the sophomore worried that he might have to pack up and go home. Fortunately, a group of generous alumni stepped in and paid the balance for Christian.

Most students, however, won’t be so lucky. The effect of tightened lending standards has been both far-reaching and devastating across the U.S., particularly in minority communities. Some 144,000 African-American students across the country, 28,000 of them attending Historically Black Colleges and Universities (HBCUs), have felt the brunt of the Parent Plus changes. The ramifications for their future—and for our collective future as a nation—should sound an alarm.

Here’s why: by 2043, the U.S. is projected to become a majority-minority nation for the first time. While the non-Hispanic white population will remain the largest single group, no group will make up a majority. As our nation becomes more diverse, so does the college-bound population. According to the 2013 Multicultural Economy report released by the University of Georgia, “ethnic and racial minorities have attained buying power at a faster rate than their White counterparts.”

In light of these trends, it is critical that we educate this emerging new majority of students so they can gain the skills necessary for attaining higher paying, more stable jobs and build a life unburdened by chronic financial hardship.

Let’s face it: the ability to finance students’ education is not simply a springboard to their personal success; it is also essential for moving our economy forward and remaining competitive in the global marketplace over the long term. That’s why changes in PPL lending standards are so dangerously short sighted.

In their push to align government lending standards more closely with those imposed by banks to ease high default rates, policymakers have enacted more stringent credit review of these loans. As a result, we are seeing a larger number of parents who no longer qualify. And like Christian’s, many of these families include first-generation college-bound students.

For example, in the 2012-2013 academic year, 27 percent of applicants at United Negro College Fund (UNCF) member institutions were approved for PPL loans. A preliminary analysis conducted by UNCF shows that, in 2013-2014, the number had dropped to a paltry 7 percent.

This knee-jerk approach to financing the future is a dead-end pathway with long-term economic consequences. When students are forced to drop out of college, they join the growing ranks of underemployed Americans. This “new majority” of young adults will become an angry and frustrated generation. If left unchecked, their sense of hopelessness could lead to not just economic ruin, but higher crime rates and even civil unrest.

So, let’s move in the opposite direction. We need to build policies that support students instead of penalizing them for their parents’ socioeconomic status. Bold rhetoric aside, it’s unclear, given the barriers that exist for so many students, how the administration plans to achieve President Obama’s vision—articulated in 2010—to increase the percentage of people ages 25 to 34 who hold an associate’s or a bachelor’s degree from 40 to 60 percent by 2020.

According to a preliminary analysis by the UNCF, more minority students must earn college degrees at higher than current rates in order to meet President Obama’s 2020 goal. Yet the Department of Education’s current PPL policy undermines this goal, making it even more difficult for the most economically vulnerable students—the ones who need the most assistance—to attain a college degree. The policy actually works to decrease the number of poor students attending college. That is reprehensible, both for them and the nation at large.

At JCSU alone, retention dropped from 72 to 54 percent when 130 students returned home after being denied loans. Overall, the aggregate effect on the budgets of UNCF institutions amounts to a revenue loss of more than $50 million. It’s hard to imagine producing a quality educational system with such drastic cuts in funding.

What can we do about it? First, UNCF member institutions need to analyze the objective economic and social impact of recent decisions. Then, armed with the facts, we should take our message to the White House and demonstrate, through what I have called an “Intellectual March on Washington,” how current policies have failed.

As leaders of higher education institutions, it’s critical that we look at the logic model coming out of Washington and summon the collective courage to push back against wrong-headed policies, based on statistical evidence. And, at the grassroots level, we must mobilize our constituencies, inform our political candidates and vote intelligently.

The UNCF has begun moving in the right direction. It has recommended a full review of all PPL applications for the 2013-2014 academic year under credit standards that existed prior to October 2011. The goal would be to restore fair, flexible and reasonable credit criteria that do not disproportionately penalize families impacted by the Great Recession and the housing crisis—people often already economically marginalized. More significantly, the UNCF has also requested that HBCUs be at the table whenever the Department of Education “convenes a committee of negotiators representing stakeholders.”

The Iroquois Nations’ Great Law instructs its leaders “in every deliberation, we must consider the impact on the seventh generation.” This is how we all, especially our state and federal legislators, must approach decision-making in higher education, using analytical thinking to guide us when making policies that affect the future of our youth and well-being of our nation as a whole.

If we do our part, Christian will become the first of his siblings to go to college, graduate with a degree, and perhaps land a job with a Fortune 500 company or become the CEO of his own firm. Let’s fix Parent PLUS to benefit Christian and the millions of young Americans who need it most.

Education Beyond the Classroom