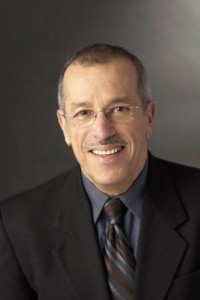 A lecturer at San Francisco State University, veteran journalist Ramirez taught his students to think about diverse communities left out of the news.

A veteran news chief, newspaper journalist and diversity advocate who taught for 30 years at San Francisco State University has died.

At 67, Raul Ramirez died Friday after battling esophageal cancer. He died days before he was scheduled to receive a Distinguished Service to Journalism Award from the Society of Professional Journalists’ Northern California chapter. Most recently, he was executive director of news and public affairs at KQED Public Radio, the most listened-to station of its kind nationally, where he held other roles since 1991.

An SFSU lecturer since 1983, Ramirez taught courses ranging from basic newswriting to investigative reporting and in the process became one of the most popular and admired instructors in the journalism department. Currently, the SFSU student body is more than 60 percent racial minorities.

SFSU journalism professor Jon Funabiki said Ramirez “insisted that journalism students think about the people and communities who were most often left out of news stories.”

Former department chairwoman Betty Medsger called Ramirez “a natural teacher” who passed on to students his zeal for journalism and his commitment to diversity.

“He was eager to share his experiences and skills,” Medsger said. “His classes were more than a lecture—they were an exchange.”

“An atmosphere of respect permeated his teaching—respect for what journalism could be when practiced at its best, respect for the students’ insights and for their potential,” Medsger added. “He set high standards that helped them [students] achieve.”

A native of Cuba, Ramirez donated $25,000 to endow the Raul Ramirez Diversity in Journalism Fund at the university to recognize student journalists whose work promotes diverse communities. Besides SFSU, Ramirez also taught journalism courses at the University of California, Berkeley for more than 20 years until 2010.

On a broader scale, Ramirez helped shape the quality of journalism education at multiple institutions. He was a member of on-site, evaluation teams for the Accrediting Council on Education in Journalism and Mass Communications at universities in Washington, D.C., and in the states of Ohio, Kentucky, Georgia, Utah, New Mexico and California. Ramirez used that position “as another way to stress the importance of diversity in journalism,” Funabiki said, adding, “We have lost a powerful and important voice in journalism, but I believe Raul has left an important legacy by developing and shaping young, new journalists.”

For five years until 1995, Funabiki was the founding executive director of SFSU’s Center for Integration and Improvement of Journalism, the country’s first university-based center focused on news coverage of ethnic minority communities and issues. During that time, Ramirez was among journalists who helped Funabiki conduct a national study into how the media coverage of communities of color was deeply flawed by stereotypes and other problems.

A principal writer for the study, Ramirez’s “thoughtful analysis contributed to its success and credibility,” Funabiki said. The findings of that study were released at the historic 1994 UNITY conference in Atlanta that brought together African-American, Asian American, Hispanic and Native American journalists for the first time.

In the early 1960s soon after Fidel Castro came to power, Ramirez’s parents sent him to Florida to live with relatives. After studying journalism at the University of Florida, he was a reporter for major newspapers including The Washington Post and Miami Herald.

By the 1980s, Ramirez worked as a reporter and editor for the Oakland Tribune and the San Francisco Examiner. Over the years, no matter where Ramirez worked, he became known for immersing himself among his subjects, whether it was laboring in the fields before writing about farmworkers, or working as a deputy sheriff for a few days before writing about jail conditions.

“Raul had an unwavering sense of outrage over people who had been wronged, along with a healthy skepticism of those with power and influence,” said Larry Kramer, president and publisher of USA Today. “He was living proof that (journalism) was a profession with a higher calling, but one that you could fall in love with.”

One of Ramirez’s biggest risks occurred in the mid-1970s when he and then-freelance journalist Lowell Bergman published a story for The Examiner,  revealing that police officers and a prosecutor had pressured witnesses in a murder case to lie. When the law officers sued the reporters for libel, the newspaper refused to provide counsel for Bergman. In a show of solidarity, Ramirez subsequently declined representation by the company lawyer. Both reporters, along with supporters, raised money to hire a lawyer of their own. They fought the lawsuit through the courts for a decade before prevailing.

“Raul’s willingness to stand up not only led to a lifelong friendship, [but] it provides an example of selfless dedication to principle that never ceases to inspire me,” said Bergman, who’s now the Reva and David Logan Distinguished Professor of Investigative Reporting at UC-Berkeley. “Whenever I waver, whenever I need to stiffen my backbone about whether to do what’s right, I say to myself, ‘I am Raul Ramirez.’”

The Bottom Line Not the Answer in College Choice