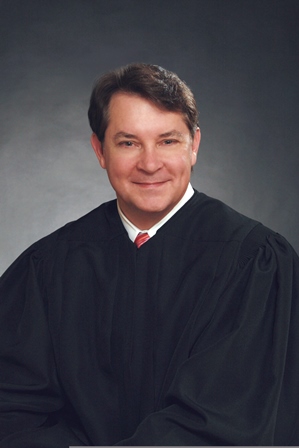 Chief Judge Glenn Acree of the Kentucky Court of Appeals concluded there was evidence to question whether a female assistant professor at Northern Kentucky University was discriminated against.

The Kentucky Court of Appeals has reinstated a gender discrimination suit by a female assistant professor who was denied promotion and tenure.

In 2000, Andrea Weickgenannt became an accounting instructor in Northern Kentucky University’s College of Business. Two years later, she became a tenure-track assistant professor. Weickgenannt was hired “for the value of her practical experience,” including time with a major accounting firm and independent consulting, “and was not required to get a Ph.D. to remain employed or to secure tenure,” the decision said.

The Reappointment, Promotion and Tenure Committee recommend promotion with tenure, finding that Weickgenannt’s scholarship was “more than sufficient” to meet the guidelines.

However, the dean and provost disagreed, concluding that Weickgenannt’s scholarship, including peer-reviewed articles, was inadequate. Weickgenannt filed an unsuccessful formal appeal within the university.

She then sued the university for gender discrimination, but a lower-court judge dismissed the case without trial.

In overturning that decision, the appeals court acknowledged that inadequate scholarship would be a legitimate, nondiscriminatory reason not to promote Weickgenannt or grant her tenure.

Even so, the court said she identified a male faculty member in her college’s Management Department who was promoted with tenure a year earlier. He had the same number of peer-reviewed articles as she did and they were co-authored, as were hers.

“This sufficiently rebuts the university’s asserted nondiscriminatory reason for not giving tenure to Weickgenannt to warrant submitting the matter to a jury,” Chief Judge Glenn Acree wrote for the appeals court. “The evidence was sufficient to raise a material question as to whether the university’s denial of tenure to Weickgenannt was discriminatory.”

The court said a trial is necessary to determine whether Northern Kentucky University’s denial of tenure to Andrea Weickgenannt was discriminatory.

Kutztown University and one of its history faculty members must continue to defend a student’s sexual harassment lawsuit, a federal judge has ruled.

U.S. District Judge Lawrence Stengel rejected defense motions to throw out the Title IX suit against the university in Kutztown, Penn., and claims of assault and battery and intentional infliction of emotional distress against Dr. Robert Reynolds, an associate professor and the plaintiff’s former academic adviser.

Matt Santos, the director of university relations, said,” We are going to decline comment regarding this matter.”

According to Stengel, the plaintiff transferred to Kutztown in 2010 and was accepted as an honors student with an individualized program of study focused on Pennsylvania German family history.

Her suit alleges that Reynolds made “uninvited and unwanted sexually offensive remarks and advances,” including groping and kissing her at a meeting in his home, and that he threatened to commit suicide and to “sabotage her academic career if she did not give in to his sexual advances,” the judge wrote.

She requested a new academic adviser and demanded that Reynolds have no more contact with her, the decision said. In addition, she and her husband complained to university officials.

But rather than investigate or take remedial action, the university “commenced a campaign of retaliation” by excluding her from a lecture series she had assisted in organizing, blocked her from meeting with a visiting scholar and canceled her library privileges at the Pennsylvania German Heritage Center, the suit claims.

The university later did investigate the allegations, determined that Reynolds had acted “inappropriately” but took no disciplinary action, the decision said.

The plaintiff changed academic programs but is still a student at Kutztown, according to her attorney, William Rieser of Philadelphia.

Stengel ruled that the plaintiff can proceed on her Title IX retaliation claim against Kutztown based on the legal theory that she’d notified the university of the alleged sexual harassment and that her complaints led to denial of “access to academic assistance and resources related to her individualized course of study.”

In addition, Stengel let stand the claims against Reynolds, saying those allegations are not barred by the public university’s sovereign immunity and finding sufficient evidence for the case to proceed.

The terminated security director at Saint Mary’s University of Minnesota has lost a race discrimination, defamation and retaliation suit.

U.S. District Judge John Tunheim ruled that the university had a “legitimate reason for outsourcing its security needs” at its Twin Cities campus and eliminating John Saulsberry’s position.

Saint Mary’s hired Saulsberry, who is Black, in 1995 and named him security director in 1996, a position he held until November 2011, the decision said.

In 2009, the university initially considered outsourcing its security, and ultimately decided to do so in connection with its mid-2011 finalization of a land purchase to expand the campus.

Meanwhile, between 2009 and 2011, several subordinates filed formal complaints against Saulsberry about unprofessional treatment of employees and scheduling concerns.

In 2011, about four months before his termination, Saulsberry filed a discrimination complaint with the EEOC accusing the university of “investigating complaints against Black employees differently than it investigates complaints made by Black employees against White employees.” He later filed a second EEOC complaint alleging retaliation.

But Tunheim held that Saulsberry didn’t suffer an “adverse employment action” as a result of the investigation of employee claims against him, noting that his title did not change and that he received no cut in pay or benefits.

The decision also rejected the claim that Saulsberry had been defamed by an employee’s statement made during the university’s investigation of subordinates’ complaints.

The employee’s statement was recorded “in the course of Saint Mary’s legitimate investigation into Saulsberry’s alleged unprofessional and aggressive behavior towards other employees,” the decision said.