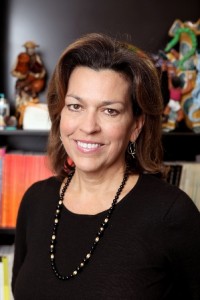 Dr. Maria de los Angeles Torres is director and professor of Latin American and Latino studies at the University of Illinois at Chicago and the IUPLR’s first female executive director.

In 1983, Latinos made up less than 2 percent of faculty members and less than 5 percent of college students. Public funding for Latino research was paltry, and for research purposes many policymakers often arbitrarily lumped Latinos with other minorities.

Despite their evidently soaring numbers, Latinos were, in effect, invisible in the academy.

It was against this backdrop that directors of four Latino research centers—the University of Texas at Austin, UCLA, Stanford and Hunter College—met to come up with plans to boost Latino-focused research and increase the pool of Latino researchers and faculty.

One outcome of their meeting was the creation of the Inter-University Program for Latino Research (IUPLR).

In its early days, IUPLR brought together scholars from multiple disciplines to conduct research on a variety of subjects of importance to Latinos, including labor, the economy and immigration. Over the years, the organization’s work has broadened; for much of the last decade, IUPLR has also taken a keen interest in art and culture.

Eduardo Diaz, director of the Smithsonian Latino Center and a board member of IUPLR, credits the consortium’s work with helping to midwife the museum’s Latino Museum Studies program.

“It is a professional development program for emerging scholars and museum professionals,” says Diaz. He says IUPLR provides strong financial, logistical and staff support for its biennial Latino Art Now! Conference, which brings together artists, curators and scholars, among others, to address issues in the contemporary Latino art world.

The consortium is entering its fourth decade with some big changes. For the first time in 14 years it has relocated from its headquarters at Notre Dame to the University of Illinois at Chicago, a high-profile urban campus that is 23.7 percent Latino, which is right on the cusp of meeting the criteria for becoming a Hispanic Serving Institution.

Dr. Maria de los Angeles Torres, director and professor of Latin American and Latino studies at the University of Illinois at Chicago and the consortium’s first female executive director, says the relocation is good for IUPLR and for UIC.

“This is a good moment for IUPLR to be at UIC. We epitomize the engaged university,” says Torres, who advised late Chicago mayor Harold Washington on Latino issues in the 1980s. “At UIC, my marching orders are to include UIC scholars in national [research] efforts. We are trying to link UIC to broader kinds of research teams that will be funded and bring research teams to the university.

“There is a sense that having research being conducted around Latino students will also be beneficial to the students,” adds Torres.

In its early days, research working groups that focused on an array of subjects were a hallmark of IUPLR’s work.

“The working group structure itself was a marvelous idea,” says Dr. Teresa Cordova, director of the Great Cities Institute at UIC and a professor of urban planning and policy at the university. “It brought together researchers from different parts of the country that could do research on different cities and do a comparative analysis. The fact that they were able to do this analysis about how the changing economy was affecting Latinos—from New York to Chicago to Los Angeles—and compare it to national figures gave us a lot of meaningful data.”

Cordova worked on the research working group in Chicago. She notes much of the research had policy implications.

“Part of the outcome of the research was how the decline of manufacturing was impacting Latinos at a time when the economy was de-industrializing and how they constituted part of [the] working poor,” she explains.

Cordova adds that much of the research helped scholars and observers acquire a strong understanding of the role and place of Latinos in the labor force as well as the impact of immigration policy on labor, particularly Latino labor.

“Even now as we talk about immigration policy, we can’t talk about it without looking at the role of Latinos in the labor force,” she says.

“Working groups are the mechanisms through which national research projects have been organized,” wrote Torres in her proposal to bring the consortium to UIC. “They have also served as important vehicles to develop more complex understandings of Latinos and, in some cases, have had a direct impact on policy and funding for other programs.”

Torres says that, as IUPLR enters a new phase, she would like to see it remain strong in the area of arts and culture. But Torres also plans to strengthen IUPLR in areas where she believes it is weak. She would like to see member centers and programs develop a strong voice on issues like borders and immigration. Among other things, Torres is proposing to raise the group’s profile in Washington, D.C.

She would also like to form a partners committee, which would mean working closely with prominent Latino groups like the National Council of La Raza and the Congressional Hispanic Caucus Institute.

Others have their own wish lists.

Dr. Deborah Santiago, co-founder and vice president of policy and research at Excelencia in Education, a D.C.-based organization that uses data and analysis to help formulate strategies for the success of Latino college students, says she’d like to see a strong focus on college completion and access to financial aid.

“I think a lot of our history has been talking about access, but we can’t forget about completion,” she says. “I think the issue of financial aid is also critical.”

Diaz says one of the big challenges facing IUPLR in the coming years is taking full measure of the broad diversity of the Latino community, which continues to grow and is attracting more newcomers from El Salvador, Guatemala and the Dominican Republic. He notes that Latinos are of every race—a fact that is sometimes lost on casual and even some astute observers.

Diaz says he would like to see the consortium do more outreach to some of the smaller Latino studies programs.

“There are these departments operating at colleges that I don’t think are on the radar screens of IUPLR,” he says. “One of the big needs from my viewpoint is for IUPLR to identify and reach out to these smaller Latino programs … that are developing and burgeoning. Associating with IUPLR can help them achieve what they want to achieve. I think they need to focus on that as a strategic initiative in the coming years.”

Diaz says he’d also like to see IUPLR pay some attention to the increasing dispersal of the Latino community, which has historically had its strongest presence in the Southwest, Florida, the West Coast and portions of the Northeast. Diaz says that, when he travels through the American heartland on speaking engagements, he’s amazed at the changing demographics, particularly the growth in Latino communities, even in rural or semi-rural areas as varied as Georgia and Nebraska.

Cordova says she’d like to see IUPLR continue to do a lot of research on urban policy, in keeping with her academic focus.

“I’ll be looking for collaboration,” she says. “We need to focus again on cities, on how urban policies are being shaped by Latinos and affecting Latinos. What are the critical urban policies that need to be involved in the shaping?”