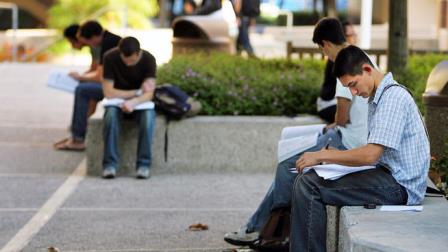 Fewer than 20 percent of Hispanics in the United States between the ages of 25-34 have degrees, according to the Lumina Foundation.

The proportion of Americans with college and university degrees continues to rise slowly, according to new figures, and young adults in particular are picking up the pace of earning academic degrees.

But other countries continue to outdo the United States in educational attainment, the report, by the Lumina Foundation, shows.

At a time when demand is increasing for postsecondary educations, 39.4 percent of Americans aged 25 to 64 have one, according to the new figures, which are for 2012.

That’s up seven-tenths of a percentage point from the year before—a seemingly incremental change, but the largest year-over-year rise since policymakers started prodding more Americans to get degrees in 2008.

The proportion of adults aged 25 to 34 with college and university degrees is now almost 41 percent.

Lumina is pushing for 60 percent of Americans to have postsecondary credentials by 2025.

There remain big gaps by race. Fewer than 20 percent of Hispanics have degrees, just under 28 percent of Blacks, about 44 percent of Whites, and more than 59 percent of Asians.

Low-income Americans also lag behind. More than 80 percent of students in the top third of the income scale go to college, compared to less than 54 percent in the bottom third.

Massachusetts has the highest proportion of adults with degrees—about 51 percent—while West Virginia, with fewer than 28 percent, has the lowest.

The United States still ranks 11th in postsecondary attainment among its global competitors, according to the Organization for Economic Cooperation and Development.

In South Korea, 64 percent of people aged 25 to 34 have degrees, and nearly 60 percent in Canada and Japan.

University of North Florida President Stepping Down in 2018