Kanika Tolver Creating a Path to Success in STEM Fields 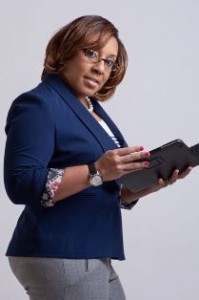 A 31-year-old IT project manager, Kanika Tolver is the youngest and only African-American woman on her team.

Amid a national crisis to recruit skilled professionals to the STEM fields, Kanika Tolver manages not only to represent the scarce number of minorities in STEM, but also emerge as an innovator in information technology.

In November 2012, at the first annual FedScoop 50 Awards, which honors federal technology leaders, innovators and rising stars, Tolver received the Up-and-Comer Award for her contributions to IT in the federal government.

Tolver’s interest in technology dates back to the late ’90s when AOL Instant Messenger was the prevalent mode of virtual communication and dial-up Internet was its source for connectivity.

“I was in high school and I knew that the future of technology was going to be something great,” she says. “I foresaw that it could only get bigger and it was a good fit for a techie like myself.”

“Going to Bowie was a great opportunity for me because it allowed me to have an intimate setting,” says Tolver. “A school like the University of Maryland and some of [the] other schools I applied to were too big, and I felt that Bowie was a good fit for my actual needs.”

Tolver says she believes that many African-Americans shy away from the intensity of mathematics courses. As a computer science major at Bowie, though, she encountered programming classes rife with coding that incorporated high-level calculations and equations. At Bowie, STEM students had a private tutoring center where Tolver took advantage of study groups and one-on-one tutoring sessions with students who were more proficient in math and programming. She also worked closely with professors who provided guidance for the rigorous curriculum.

After graduating in 2005, Tolver immediately went to work for the federal government. She had interned in several agencies throughout college.

“Government technology allows us as IT professionals the opportunity to change the world through­ major initiatives­ like homeland security, health care and transportation,” she says. “There is so much work that needs to be done to make our government and our world more stable and reliable for U.S. citizens.”

As a 31-year-old IT project manager, Tolver is the youngest and only African-American woman on her team. Her current position entails developing mobile websites and applications, creating an influential presence on social media outlets and overseeing projects that develop and revamp federal government computer systems.

“Technology is at (a) place now where you can use it to change the world—you can impact the community and socially conscious issues,” she says. “I’m at a point in my career where I’m using technology to focus on my passion and purpose.”

Tolver plans to use her expertise to develop programs and initiatives for minority students, providing exposure to the STEM professions. By partnering with local and state governments and the federal government, she hopes to educate urban city youth on the benefits of math, science and computer technologies as early as elementary school.

“The earlier we expose [children] to STEM, the more we will see an increase in STEM college degree enrollments at HBCUs across the United States,” says Tolver. “I want every student [around] the world to know that it’s cool to be smart and to never fear math and science if they really want to pursue these fields once they complete high school and college.”

In 2011, Tolver launched her company, Cool Geeks Media, which will soon produce online content and offer workshops such as business development, personal branding, photography and social media marketing. The workshops will be a platform to promote­ transparency and collaboration between the creative and technology communities in order to make a greater impact on society.

Technology has also given Tolver a personal platform to dispense her life’s journey to a larger audience. In 2013, she self-published her first book, “Life Rehab,” to address the obstacles of pain, people and power on the road to achievement.