A Model Minority? A National Look at Asian-Americans and Endowed Professors of Education - Higher Education

A Model Minority? A National Look at Asian-Americans and Endowed Professors of Education

In higher education endowed professorships are coveted, and rightfully so. Typically the highest honor a college or university can bestow upon faculty, endowed positions are reserved for eminent scholars whose work is believed to substantially advance a discipline or field of study. Professors who hold endowed positions are national and international thought-and-service leaders; hence, they are deserving of such distinguished titles.

In addition to the prestige that endowed professorships and chairs confer to their holders, these honors have also proven to be extremely beneficial for the institutions of higher learning that award them. For instance, colleges and universities normally use these prestigious positions as tools for recruitment or retention; both uses benefit the institution directly. The endowed positions may be used to recruit talented faculty members, or to retain highly productive faculty members who might otherwise wish to leave for greener pastures—in other words, those professors who may be receiving offers of higher pay and opportunities if they go somewhere else.

Endowed positions also have been used to diversify departments and colleges, something that benefits both the university and its students.

And what’s not to like about having an endowed position? Endowed positions regularly come with generous research budgets. The unfortunate reality is that institutions of higher education continue to receive less and less funding from state legislatures, leaving faculty members scrambling to seek out and secure the funds necessary to carry out their important research agendas. In no uncertain terms, there is simply a shortage of funding for research. Thus, an endowed position mitigates or acts as a buffer for the desert-like funding conditions in which faculty in colleges of education find themselves.

Moreover, endowed faculty members are frequently provided reduced teaching loads. Taken together — a stable source of research funding and decreased teaching requirements — endowed positions are premiums in higher education. Again, these financial and instructional supports, in return, also help the college or university gain more prestige while growing its influence in academe. Prestige and influence are two forms of currency that are respected in the knowledge economy that academe prides itself on because universities that produce rigorous and high-impact research consistently move up on the annual News and World Report standings. The News and World Report annual publication is considered to be a rankings authority when it comes to power, prestige, and influence.

Two of my research assistants (Kendra and Ryan) at Illinois State University and I collected various data on professors who were currently employed and held endowed positions in colleges and schools of education and/or who teach primarily education focused courses. We used the top graduate schools of education rankings found in the 2014 U.S. News and World Report in order to identify the college and school of education websites of the top 100 ranked colleges and universities.

The research team and I created a Google Drive spreadsheet. We visited college and university websites to locate endowed professors. We then entered their name, the name of their endowed position, their highest level of education (when and where they earned it), and their race/ethnicity as well as their gender into our spreadsheet. Whenever necessary, such as when information could not be found on the Internet, we emailed or called the professor directly. And when emails and calls went unanswered, we called and spoke with administrative assistants and higher education administrators in order to get reliable and valid data on select faculty members.

We identified 391 endowed positions, 14 of which were vacant. Thus, we found a total of 378 endowed chairs or professors.

We are indebted to Grant Morgan, an assistant professor of educational psychology at Baylor University, who ran the analysis that stands before the reader. The following is what we found.

Are certain races more likely to hold endowed positions in education than others? We found that the answer to that question is a resounding yes. Whites are the most likely to hold endowed positions. Figure 1 below confirms that of the 371 endowed professors of education with data available, 307 (82.7%) were White, 56 (15.1%) were non-Asian minorities, and eight (2.2%) were Asian American. We found that nationally there are only eight Asian Americans who currently hold endowed positions in fields of education or teaching and learning. Figure 2 below is a map that shares where in the United States each of these eight professors works. Their name and current institution are included below, in the order of the year that they received their named professorship (from the oldest to the most recent). In terms of the typical age of endowed professors of education, of the 391 faculty members holding endowed positions, we were able to locate the date of graduation from a graduate program for 278. The average length of time between graduation and receiving an endowed position was 20.3 years (SD = 9.2). The shortest amount of time was one year, and the longest amount of time was 53 years.

Endowed professors who received their highest education from an elite institution of higher learning seemed to have an advantage over those who received their education at a competitive or general institution of higher learning. Interestingly, the advantage that top 25 colleges/universities provided was less pronounced as one moved down the rankings. For instance, Figure 3 indicates that of the 369 with available data, there were more endowed faculty members who earned their highest degree from a general institution of higher learning compared to competitive institutions (n = 104, 28.2% and n = 84, 22.8% respectively), while there were 14 endowed professors who earned their highest degree from a non-U.S. or specialized college/university. Most colleges/universities (n = 7) in this category were located in the United Kingdom, with Oxford University and University of London each being represented twice. Figure 3: Prestige of the College/University where Endowed Professors of Education Received Their Highest Degree 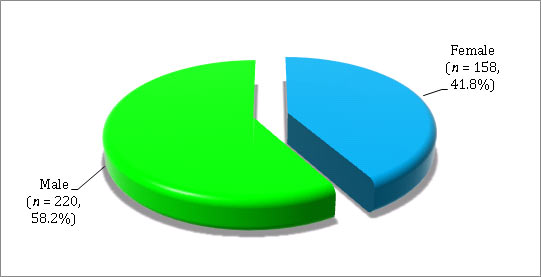 As was already noted in the opening sentences of this article, endowed positions are among the most important gifts to higher education, vital tools that can be used to ensure faculty excellence as well as diversity in colleges and schools of education. The reality is that there is a rich history of philanthropic endowments extending back to ancient times—the Greek philosopher Plato bequeathed valuable land to his disciples so that they could maintain his Academy. Closer to our own era, Princeton University is widely recognized as having been the first U.S. University to award a named professorship when, in 1857, it named a professorship after Silas Holmes.

However, what is striking is that our nationwide look at endowed professors of education revealed that in 2005 — 148 years after Princeton’s first endowed chair being granted — the first Asian American, George Sugai, received the Carole J. Neag Chair in Special Education at the University of Connecticut. This begs the question, are Asian American faculty members of education truly model minorities, as suggested by the wider society?

We have already acknowledged that endowed faculty positions are bestowed on eminent scholars. For instance, Yong Zhao, Presidential Chair at the University of Oregon, was recently ranked in the top ten (the ninth overall professor) of the 2014 RHSU Edu-Scholar Public Influence Rankings. While these rankings have surefire limitations, they are important gauges of the influence education scholars had in 2013. But if we were to conclude that Asian Americans are model minorities, we would be misjudging Asian Americans’ presence.

While many see them as model minorities, the reality is that Asian Americans have their own unique set of struggles and circumstances. I believe that our national analysis of endowed professors of education shows that, despite being thought to be model minorities, Asian Americans are not all scientists or mathematicians. If they were, then it would be reasonable to expect them to have received endowed positions in such fields. For instance, the following five professors of science and/or mathematics are all White, not Asian American:

Also interesting to point out is that all of the endowments to Asian American professors in our analysis were granted during the 2000s. Sugai is the first, when he received his position in 2005, while Robert Teranishi is the most recent, having received his endowed position in 2013. In terms of gender, three of the eight total (37.5%) Asian American endowed professors were female.