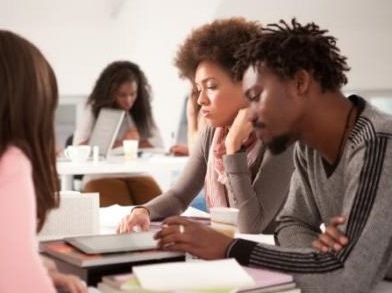 Nearly two-thirds of African-Americans in college either finance their education without relying upon parents and grandparents, or are considered non-traditional students meaning they typically are working adults with families to support, says a new report from the National Urban League.

In “From Access to Completion: A Seamless Path to College Graduation for African Americans,” the National Urban League (NUL) concludes that independent and non-traditional students “require a comprehensive, customized approach that includes strengthening the Pell Grant program to better align with rising tuition costs and student need.” The report is the second completed by the civil rights-focused community and economic development organization as part of the Bill and Melinda Gates Foundation’s Reimagining Aid Delivery and Design (RADD) project.

Released last week to coincide with the 60th anniversary of the Brown vs. Board of Education decision, the report finds that 65 percent of African American college students can be characterized as “non-traditional” or “independent.”

“This is significant because there are important differences between independent [including non-traditional] students and dependent students that affect the way [independent students] matriculate through college,” says Susie Saavedra, a report co-author and the senior director for education and health policy at the National Urban League’s Washington bureau.

“We find that African-American independent students tend to be employees first, balancing work and family responsibilities while going to school,” Saavedra explained during a news media conference call last week.

“In other words, they are more likely to identify primarily as employees who decided to enroll in school as opposed to students working to meet expenses,” she said.

In addition, while 62 percent of all African-American college students receive federal Pell grants just 14 percent of independent Black college students receive the maximum Pell grant award. Even though the NUL report urges that the Pell Grant program undergo expansion to meet the financial needs of independent and non-traditional students it offers a number of recommendations aimed at increasing student retention and graduation rates.

“Institutions that create a culture of completion for all students and couple this culture with a suite of personalized services that address barriers such students face, has resulted in dramatic increases in the retention and graduation rates of their African-American students. We believe this personalized approach to the college learning experience will help support the access, retention and completion of all students,” according to the report.

Among the report’s recommendations, the co-authors urge that:

1)    State higher education systems offer incentives for the design and implementation of policies and practices encouraging institutions to offer personalized services—particularly for non-traditional students—to help them overcome barriers to success.

3)    A pilot program be established to improve the graduation rates of non-traditional students. The program would choose higher education institutions that serve a significant number of such students and identify innovative approaches—including those that improve the enrollment intensity of non-traditional students to promote on-time completion.

In 2013, the National Urban League released its first report on federal student aid, through the RADD project. In that report which included data from an online survey and focus group sessions, the NUL produced a set of principles aimed at ensuring African-Americans and other underrepresented students gain access to equitable postsecondary opportunities that fuel their economic mobility.

From Access to Completion can be accessed at this link.