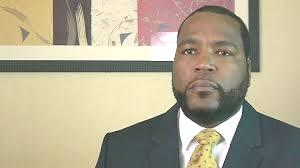 Dr. Umar Johnson wants to create the Frederick Douglass Marcus Garvey Academy (FDMG) and enroll about a 1,000 African-American boys into the school from all across the country.

Dr. Umar Johnson, a controversial Black activist and orator, is launching an ambitious campaign to raise enough money to purchase St. Paul’s College in Virginia and convert it into a residential boarding school for African-American boys.

The Board of Trustees at St. Paul’s has given Johnson until Aug. 21 to raise the $5 million needed to acquire the historically Black college and refurbish its 35 campus buildings after the school was forced to close its doors last year amid declining enrollment and debt.

The sprawling campus founded in 1888 in rural Lawrenceville is surrounded by a historic African-American community. But after the Southern Association of Colleges and Schools stripped the school of its accreditation in 2012, it never recovered.

Now, Johnson wants to create the Frederick Douglass Marcus Garvey Academy (FDMG) and enroll about a 1,000 African-American boys into the school from all across the country.

“Five million is a steal for a college campus,” says Johnson, a published author who quit his job working as a school psychologist in 2006 and has since become a sought-after speaker, particularly on college campuses. “If I don’t get the property, it will likely be sold to White folks and turned into a private gated community.”

If Johnson is successful in raising the funds, the self-professed Black nationalist says that, in addition to the traditional subjects taught in most schools, the curriculum will also focus on training students for “self-employment and entrepreneurship” so that they can generate income without going to college. For those who want to go on and earn a degree, he says that the faculty at FDMG will steer students exclusively toward HBCUs.

“A man’s bread and butter is only guaranteed when he can work for them,” says Johnson, who added that the school’s curriculum will also focus on agricultural, dietary, economics and political science along with ongoing instruction in “African-centered” spirituality. Trades such as cosmetology, plumbing, auto, carpentry and masonry will be offered too.

It’s unclear how much money Johnson has raised, though he says donations have steadily been pouring in through an online fundraising drive. Though St. Paul’s has received other bids, the fact that the Board of Trustees has given Johnson time to allow him to raise the funds suggest that they want the college to remain in Black hands.

“This is really a drop in the bucket,” he says, pointing to the recent sale of Morris Brown College to the City of Atlanta for $14 million. “Most of our great movements were funded not by rich Blacks but everyday Black people.”

Walter Hudson Sr., a community activist and member of the school board in Penns Grove, N.J., says that he supports Johnson’s efforts and says that it’s an ideal alternative.

“Our young Black boys need to be encouraged every day to reach their full potential,” says Hudson. “We are losing so many of them every day and what Dr. Umar Johnson is proposing to do is a win-win for our young Black boys and the preserving of an important institution.”

Dr. Millard “Pete” Stith Jr., the college president, had hoped to find another college or university to take over the campus as an educational institution. But his efforts have proved unsuccessful.  Several calls to his office asking to comment on Johnson’s fundraising drive and his desire to purchase the property went unreturned.

Johnson says that, if he is not successful in raising the funds to purchase St. Paul’s, he will identify another property and set up shop there.

Still, he knows that his pro-Black stance and his opposition to a wide range of issues like gay marriage will likely cause some not to donate to his cause.

“I am unapologetically African,” he says. “I am outspoken when it comes to racism and White supremacy. Are there people who will be afraid to donate because of the backlash? Yes. But we have it within ourselves to do this.”

Secrets of the Presidential Turn-Around: A Leader for the Long Haul