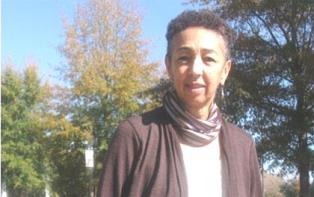 Dr. Millicent Brown, a retired history professor from Claflin University, was the chief litigant in the lawsuit that desegregated South Carolina schools in 1963.

Jackson, Miss. — Hayat Mohamed, a Tougaloo College senior, and Laurel Oldershaw, a 2014 graduate of Brown University, recalled their experiences on each other’s campus — an African-American with roots in the Sudan, who spent a semester at the Rhode Island institution, and an Ivy Leaguer from a Jewish background who attended the Mississippi HBCU last fall.

Their conversation, joined by several current and former students from both schools, was part of Freedom 50, a conference on the Tougaloo campus commemorating the 50th anniversary of the bloody 1964 Freedom Summer in Mississippi. It also marked the 50th anniversary of the Brown-Tougaloo Partnership, which was sparked by the involvement of students and faculty at both schools in the civil rights struggle in the South.

The partnership of the two schools also symbolizes the coalition of Blacks and Whites who joined forces to protest discrimination through sit-ins and marches. Much of their organizing took place on Tougaloo’s campus, as President Beverly Hogan explained in the opening plenary session Wednesday.

“It’s part of the Tougaloo College DNA that social justice tops our list in the preparation of young people who will go into the world and effect change in the global society,” she said.

Among the hundreds of people attending the conference are many of those same activists and organizers from the 1960s along with busloads of high school and college students from around the country who are participating in a concurrent social justice youth congress.

Brown sophomore Malana Krongelb used the Tougaloo archives to research the Black nationalist organization the Republic of New Africa during 2014 spring break. She called the experience “really transformative … it was fantastic to be around this activist history and this civil rights history and to see that I come from that legacy. It’s a part of me.”

The conference focused on social justice and human rights, and targeted problems that remain unsolved 50 years after Freedom Summer and the Civil Rights Act of 1964, such as disparities in education and health care and the treatment of undocumented immigrants.

Several sessions addressed both K-12 and postsecondary education. More than 200 people packed a lecture hall to hear an animated panel discussion, where panelists vigorously decried inadequate funding from pre-K through college. “We have devalued education. We’re dumbing down. We’re tech savvy but we’re making those opportunities narrower and narrower and available to fewer people,” said Dr. Millicent Brown, a retired history professor from Claflin University, who was the chief litigant in the lawsuit that desegregated South Carolina schools in 1963. She said resources are “just bleeding out of minority communities.”

Panelists offered solutions that included re-examination of Common Core, halting or re-examining the implementation of charter schools and pressuring legislators to support more funding for pre-K, and equitable funding for K-12 and postsecondary public education.

Brown University Watson Fellow and SNCC Legacy Project board member Dr. Geri Augusto led the session on “The Role of Higher Education in the Struggle,” noting “the very strong Black intellectual tradition that has raised questions, created knowledge knowledge, created methods and created works of art that have benefited not only Black communities but the entire country or the world.”

Lani Guinier, the Bennett Boskey Professor of Law at Harvard University, presented findings from her current research on meritocracy in academia. She said standardized tests such as the LSAT are placing students who are not from upper middle-class backgrounds at a distinct disadvantage. “It’s what I call a testocracy,” she said noting that 86 percent of the time LSAT scores are “totally irrelevant” in predicting student performance in law school.

Guinier said problem-solving should be viewed as is a collective challenge “not a chance to determine how smart some individual is in getting a problem solved on an LSAT, SAT, GRE or some other test — that doesn’t tell you how well that person is going to do in the real world; it simply tells you that person is really good at taking that particular test.”

The conference, which continues through Saturday, is scheduled to address voting rights, labor issues and environmental justice.

Tuition for D.C. Students to Remain Unchanged Despite Budget Deadlock