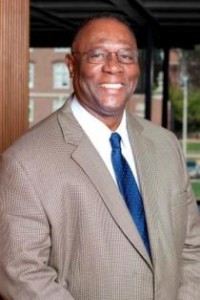 As President Barack Obama hits the midpoint of his second term, many have begun to consider what will be his legacy, particularly as it relates to education. Debates have raged on about whether the president has done enough to help Black students overcome the historic and systemic deficits they have faced in their educational pursuits.

During a panel hosted last week by George Mason University, scholars discussed “the Historical Relevance of Education Equity Policies in an Obama Era.” Chronicling historic inequalities from Jim Crow and the failure to build schools that were adequate (if they were being built at all) for educating children in Black communities to more subtle, modern practices, like the discrepancies in the number of Advanced Placement courses in predominately Black high schools even to the persistently unequal funding of historically Black colleges and universities, the panelists examined the current state of racialized education.

When asked specifically about the efforts of President Obama, from a policy standpoint, to do more to boost the state of Black education, University of Illinois-Urbana Champaign education professor Dr. James D. Anderson said, “I didn’t expect any changes in policy from the Obama administration.”

Anderson recalled an earlier speech when Obama was running for the Senate and he spoke even then about Black education from a “classic cultural deficit theory” perspective, a tone that has followed him all the way into the White House, with the prevailing thought that if Black students aren’t achieving, it is because of their own deficit and cultural inadequacies.

“Then I thought, ‘if you get a good secretary of education,’” Anderson said, before lamenting that President Obama had instead selected one who is “quiet and passive and looking for opportunities to come out [in the spotlight] on education, but [who is not] driving policy.”

“You’re only as good as the people around you, and I knew [Duncan’s selection as secretary of education] was going to be the death nail” for education policy in this administration, he said. “I think it’s too late in the game to expect any real changes.”

Preliminary returns from a soon-to-be-released “State of HBCUs” report show that many HBCUs share Anderson’s lack of confidence in this administration’s having Black colleges’ best interests in mind. Seventy-eight percent of survey respondents indicated that they believe HBCUs are an after-thought in this administration’s higher education policy considerations. Thirty-four percent believe Obama’s support for and knowledge of HBCUs is nearly non-existent, and another 38.5 percent say they believe the president means well, but doesn’t get it, when it comes to HBCU considerations. Similarly, 53 percent said they would like to see more advocacy and action on behalf of HBCUs from the secretary.

These sentiments reflect a growing angst among the Black community, many of whom saw the election of the nation’s first Black president as the needed boost to help close many of the opportunity and funding gaps for Black students. Anderson said, however, that the issues plaguing Black institutions (and their students) can’t be squarely pinned on the current president.

“I don’t know that whatever confusion or anxiety is a result of the Obama administration,” he said, reminding the audience that the same concerns existed in both the Bush and Clinton administrations. “It’s the underlying issues in society. … There are so many things that contribute to this angst that it’s [unfair] to tie it to the administration.”

“When you grow up in a society that has been the way that it is for so many generations, that is going to affect us all,” Anderson added. “You can’t just undo that which was done over years.”

But David Armor, a sociologist and professor emeritus of public policy at George Mason, said racism is not as much an issue as it used to be, that socioeconomic factors contribute more to an achievement and spending gap than institutionalized racism. He also argued, in today’s cost-constrained environment, that spending is not necessarily tied to achievement.

Anderson countered that, for instance, historical discrepancies in funding between an Alabama A&M or Alabama State University (both public HBCUs in the state) and Auburn University (a public majority institution) meant that the HBCUs have such a deficit to overcome, in terms of resources, that it will be difficult for them to be on a competitive plane with the virtually neighboring majority institution.

“Even if it is not intended in an overt way, structurally and institutionally, it becomes very racialized,” he said. “It’s more than just a belief system and whether you believe you and your group are superior. … It’s guttural, so even when you say ‘I think we’re equal,’ there’s still something deeply rooted” that affects the application in educational settings.

Still, despite the name, much of the panel, like much of the conversation in higher education overall, danced around the issue of this president and his legacy on education, opting instead to focus on surrounding issues and barriers to Black education. And all of the issues combine for a persistent, unrelenting issue as it related to learning for Black students.

Whether personal biases — such as Anderson’s recollections that Black students were told “not to develop aspirations beyond ‘their place,’ because that was going to create agitation” and the belief that “education should be tailored based on jobs they’re going to [be able to] get after graduation” — or historic underfunding, much of the achievement gap for Black students can be attributed to a lack of opportunities, not an inability to learn.

And Anderson said “we’re in a position now” to change these circumstances.

The answer, however, must be a top-down approach that involves buy-in and action from the administration as well as state and local district support. And that means first acknowledging there is a problem, and not hiding behind the idea of a “post-racial” society.

Grambling Reshuffles From Within