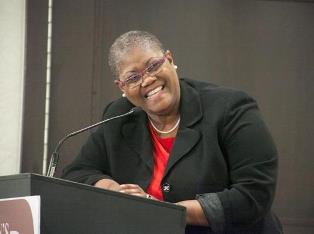 Melanie Campbell, president and CEO of the National Coalition on Black Civic Participation, says the initiative shows that the White House is acknowledging “that there are unique things that affect women and girls of color.”

WASHINGTON ― The White House is planning to focus on improving the lives of girls and women of color, after months of complaints that they were left out of the “My Brother’s Keeper” initiative for young men.

White House aides planned Wednesday to convene a Working Group on Challenges and Opportunities for Women and Girls of Color, an offshoot of the White House Council on Women and Girls, which is chaired by White House senior adviser Valerie Jarrett. The administration will also release a report on the work it has done to help minority women and girls.

The gathering comes at a time when Black women are in the spotlight courtesy of President Barack Obama’s announcement that he would nominate a Black woman, Loretta E. Lynch, to replace outgoing Attorney General Eric Holder, and midterm elections in which Mia Love of Utah became the first Black female Republican elected to the House.

The president, who is on a trip to China, will not attend.

Melanie Campbell, president and CEO of the National Coalition on Black Civic Participation who convened the Black Women’s Roundtable Public Policy Network, hopes the discussion will spark a movement to help women and girls.

“This is part of the White House listening and engaging and figuring how they can continue to address issues impacting women and girls and knowing that there are unique things that affect women and girls of color,” Campbell said.

Advocates have called for a separate focus on minority girls and women since the My Brother’s Keeper initiative was unveiled in February. Under the initiative, businesses, foundations and community groups coordinate investments to come up with or support programs that help keep young men out of the criminal justice system and improve their access to higher education. Several foundations pledged more than $200 million over five years to promote that goal.

“The need to acknowledge the crisis facing boys should not come at the expense of addressing the stunted opportunities for girls who live in the same households, suffer in the same schools, and struggle to overcome a common history of limited opportunities caused by various forms of discrimination,” the letter said.

Crenshaw said the exclusion was “just an intersectional failure that is breathtaking,” considering that minority women were a key, unwavering demographic that helped lift Obama to two terms in office.

In the report being released Wednesday, the White House acknowledged that girls of color face some of the same issues as boys and other unique challenges:

· About 40 percent of Native American girls, 39 percent of Black girls and 30 percent of Hispanic girls live in poverty, compared with 20 percent of all girls.