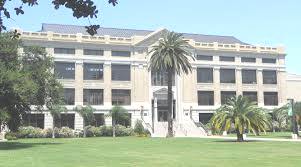 In a unanimous decision, the 5th Circuit U.S. Court of Appeals found sufficient evidence for Young Buisson to proceed with discrimination claims against Delgado Community College based on failure to promote and termination.

A Korean American chemistry instructor can pursue allegations that Delgado Community College denied her a promotion and then terminated her because of racial and national origin discrimination, a federal appeals court has ruled.

However, the panel upheld a lower court’s dismissal of hostile work environment and retaliation claims against the New Orleans college.

According to the decision, Buisson and other non-Black faculty members complained that the African-American chair of the physical sciences department, Raymond Duplessis, systematically discriminated against them concerning class assignments, schedules, hiring, verbal harassment, academic freedom, email notifications and other matters.

In fall 2010, Buisson unsuccessfully applied for one of two full-time permanent faculty openings, both of which went to Black candidates.

In June 2011, she and Duplessis’ wife, who also was on the faculty, got into a “verbal altercation.” The next month, the college terminated Buisson but didn’t discipline Duplessis’ wife, the suit said.

In a unanimous decision, the 5th Circuit U.S. Court of Appeals found sufficient evidence for Buisson to proceed with discrimination claims based on failure to promote and termination.

Although the dean gave “great weight to the hiring committee’s evaluation of applicants for the full-time position, “Duplessis harbored racial animus for non-Black employees and was present for the second round of interviews,” the court said. “He also solicited student complaints against Buisson.”

Buisson’s evidence would allow a jury to conclude that she was the victim of “a successful, race-based attempt to sabotage her chances at a promotion,” it said.

As for termination, the court said the dean and other college officials gave conflicting and inconsistent explanations for not renewing her contract, which might prove that such explanations were a pretext for discrimination.

As for a hostile work environment, however, the court said there wasn’t enough evidence that the alleged harassment was severe or pervasive enough to “alter the conditions of Buisson’s employment. Most of the incidents, while perhaps offensive or annoying, are not evidence of race- or national origin-based harassment.

Last, the court declined to revive the retaliation claim because there was no proof that the dean knew about or should have been aware of Duplessis’ “bigoted remarks.”

Northwestern University isn’t liable under Title IX for a faculty member’s sexual assault of a student, according to a federal judge in Chicago.

Dr. Peter Ludlow, a philosophy professor, sexually assaulted an intoxicated freshman in his off-campus apartment in February 2012, according to the decision. The student told another professor who, in turn, notified the university’s director of sexual harassment prevention. An internal investigation upheld the student’s complaint.

Ludlow wasn’t fired, but the university refused to disclose what disciplinary action it took other than ordering him to have no contact with her.

She sued Northwestern, claiming she suffered from post-traumatic stress syndrome and had attempted suicide due to the incident and that she felt unsafe because Ludlow hadn’t been removed from campus. She also alleged that the university retaliated for her complaint by denying her a fellowship and refusing to refund her deposit when she dropped out of a study abroad program.

The suit also alleged that Ludlow’s threat to sue her for defamation was illegal retaliation.

First, he said the university can’t be held liable under Title IX for a hostile environment because it responded immediately to the student’s complaint, investigated promptly and took “timely, reasonable and successful measures to end the harassment.”

Nor does Title IX empower a victim to demand specific remedies, such as firing those responsible, the judge said.

Finally, Leinenweber said there was no showing of retaliation.

A former chemistry faculty member at Texas Tech University can press her claim of discriminatory pay disparity but waited too long to sue for gender and national origin discrimination in denial of tenure, the 5th Circuit U.S. Court of Appeals has ruled.

Dr. Satomi Niwayama was hired in 2004 as an associate professor and unsuccessfully applied for tenure four times, starting in in 2005, the decision said. She appealed the provost’s last denial, in 2010, and a hearing panel concluded that the university had held her to a different standard than other faculty members concerning grants and teaching evaluations.

She sued, and a lower-court judge dismissed the case.

In a unanimous decision, the 5th Circuit reinstated pay disparity allegations under Title VII and the Equal Pay Act. It cited evidence that a White male professor hired at the same time and in the chemistry department had received a higher annual salary despite lower teaching evaluations and a “similar history of obtaining grants.”

It also said Texas Tech failed to show “with any precision” how their salaries were computed under what the university contended was a neutral formula.

“A reasonable jury could infer that the payment formula was applied selectively and inconsistently,” the court said.

As for the Title VII tenure denial claim, the court said Niwayama didn’t file her suit by the deadline.

Clarification: A student alleged that Dr. Peter Ludlow, a philosophy professor, sexually assaulted her while she was intoxicated in February 2012.  The student further alleged that she told another professor who, in turn, notified the university’s director of sexual harassment prevention.  The director of sexual harassment prevention did not uphold a sexual assault claim, but held, based on her interviews with the two parties, that Ludlow had engaged in unwelcome and inappropriate sexual advances toward the student.