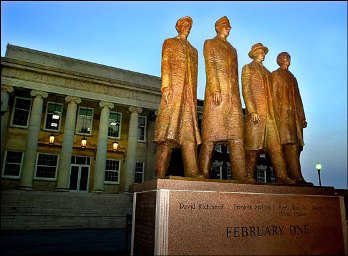 Pick another major or study nursing somewhere else.

That is the harsh reality that dozens of lower division nursing students at North Carolina A&T State University face as they return to school this semester after admission to the upper division of the school’s traditional nursing program was suspended due to lackluster pass rates on nursing licensure exams.

The UNC Board of Governors’ suspension at the nursing school—where there are 93 bachelor’s-seeking students—comes at a time when nursing schools in North Carolina, as elsewhere in the nation, are struggling to increase diversity within the state’s nursing workforce.

It also provides a reality check on how long it takes for nursing school reforms—from licensing exam “boot camps” and student “scorecards” to faculty and curriculum changes and higher admission standards—to yield results.

Though it is believed that affected students at North Carolina A&T—where 82 percent of the student population is African-American and 2 percent are Hispanic—will be able to study nursing at other nearby institutions, it remains to be seen whether they will do so or choose another field of study.

If the students leave nursing, it could hurt efforts to bring more diversity to the nursing profession and, ultimately, affect patients in low-income communities.

Only 10.7 percent of licensed RNs in North Carolina are African-American and just 1.1 percent are Hispanic or Latino, whereas the state’s overall minority population stands at about 28 percent. Similar statistics define the situation in the “Triad,” or the region that includes the cities of Greensboro—where the university is based—and Winston-Salem and High Point.

“Since there is strong evidence that minority healthcare workers are somewhat more likely than their non-minority counterparts to work in community-based settings and settings that serve low-income populations, attention to the diversity of the nursing workforce is warranted,” states a program review that explains why admission to the upper division of the nursing program at North Carolina A&T was being suspended.

Dr. Inez Tuck, Dean of the School of Nursing at NC A&T, was not made available for an interview Monday but issued a statement regarding the situation just days before the start of the current semester, which began Monday.

“We share the concern surrounding the circumstances that have led to the suspension of admissions to the upper division of the traditional undergraduate nursing program,” Tuck said in the statement.

“We are committed to supporting our lower-division nursing students’ successful transition into another academic department and/or program, whether that is here on our campus or at another institution,” the statement said.

Students were actually notified in December that admissions to the upper division of the school’s traditional nursing program were being suspended.

“The university informed students of the situation in December once the uncertainty was resolved and we knew that the suspension actually would go into effect,” said university spokesman David Arneke.

Tuck’s statement notes that the school is doing well in nursing preparation through its accelerated BSN and RN-to-BSN programs.

“Over its first five years, the accelerated program has had a 96 percent first-time success rate on the nursing licensing exam,” the statement says. “We are expanding both programs, as recommended by the Board of Governors.”

The program review spells out the circumstances that led to the suspension of admission into the upper division of the school’s traditional nursing program, which was established n 1953 and had enjoyed continuous accreditation since 1971.

Perhaps the best place to begin the story is in 2011, when the school’s current nursing accreditor—the Accreditation Commission for Education in Nursing, or ACEN—placed the institution on “warning status” due to students’ performance on nursing licensing exams.

That summer, Dr. Tuck—recognized as one of the top nurses in the state—was appointed dean of the school of nursing at North Carolina A&T. Previously, the university’s school of nursing had gone without a permanent dean for four years.

When Dr. Tuck took on the job, she faced a monumental task of boosting the lagging pass rates on the nursing licensure exam within a short period of time.

The reforms Dean Tuck implemented include:

Faculty Changes: “One of the new dean’s areas of emphasis has been a shift in the School of Nursing’s expectations of faculty members, particularly with regard to an increased focus on classroom outcomes, student monitoring and assessments to identify points of weakness, and student mentoring,” the program review states.

Apparently, not everyone was happy. “This shift has resulted in five faculty retirements, four faculty relocations to other positions outside NC A&T, and one non-reappointment,” the report states. “Six new, tenure-track faculty members and three clinical faculty members have been hired, all with significant academic and clinical preparation as well as teaching experience.”

Academic Coaching: A new “academic coaching model” was implemented in 2012-2013 after the previous advising model was found to have “focused more on course registration requirements than on mentoring for student success.”

In the new model, each faculty member is assigned four to six junior and senior students, the report states. Students are tracked using an “academic scorecard” that includes performance in their courses. Students also meet regularly with their assigned mentor throughout the semester to deal with issues of student accountability, time management, and self-analysis of test results.

Boot Camp: The school also set up a new preparation program that focused specifically on the licensing exam for nurses, as well as a one-week “boot camp” at the end of each academic year to support students prior to the exam.

Higher Admission Standards: To get higher quality students, the school began to require a 930 on the SAT, whereas previously it had accepted scores of 800. The school also started requiring students to earn a grade of C or better on the first try for prerequisite courses and no more than three to five C’s on prerequisite courses overall. Transcript reviews were also set up for admission into the upper division of the school in order to make sure the new “C or better on first attempt” policy was being followed.

The school also set up intervention for “high-risk” students who had a low GPA or a course failure in upper division nursing course.

So with all these aggressive new reforms, it begs the question: Where did things go wrong?

The answer is: It didn’t. At least not yet.

For starters, the pass rates climbed to 82 and 81 percent in 2012 and 2013—a significant jump but not enough to stave off the suspension for being below the UNC standard of 85 percent.

And the problem with the reforms, the program review states, is that the fruits of those efforts will not be seen until the coming years.

“As with the curricular changes, many of these admissions and other student-related changes may have effects on program outcomes over the next several years,” the report states.

“Furthermore, students who were rising juniors when the transitional curriculum was implemented would not have been graduating until the spring of 2014, at the earliest,” the report states. “Thus, most of those graduates would sit for the (National Council Licensure Examination) in calendar year 2014 and be included in the 2015 edition of NC Board of Nursing and UNC reports of annual pass rates.

“Similarly, students who were rising juniors when the fully revised curriculum was implemented in the summer and fall of 2013 will not graduate until spring 2015 at the earliest, and thus will be included in NC Board of Nursing and UNC reports of pass rates in early 2016.”

As for the impact on the school’s nursing students and, ultimately, the nursing workforce, the impact is believed to be “small,” according to the program review.

“This is chiefly because additional nursing-education options are available nearby at a similar cost,” the report states. “Another factor to consider is the possibility that nearby schools with higher first-time pass rates may be more successful at graduating high-risk students.

“If that is the case, students may be better off attending the nearby schools.”

Gunman Killed 21 at Virginia Tech Before Being Killed