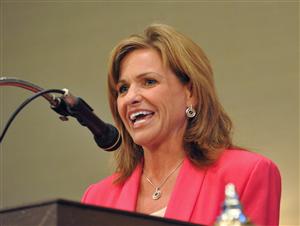 WASHINGTON — President Barack Obama’s proposal to scale back the tax benefits of college savings accounts is running into opposition from Republicans in Congress who say they have no intention of raising taxes on families trying to save money for their children’s education.

Obama’s plan would reduce the tax benefits of future contributions to the popular 529 college savings plans. Current accounts would be grandfathered, so existing funds could still grow and be withdrawn, tax-free.

The administration says all the additional tax revenue would be used to help expand and make permanent a $2,500 tax credit that families can use for education expenses. Under current law, the tax credit is scheduled to expire at the end of 2017.

“The president’s plan would consolidate education savings incentives into one vehicle and redirect the savings into the better targeted” American Opportunity Tax Credit, the White House says in a description of the proposal.

Obama laid out the proposal as part of this week’s State of the Union address. It is part of a broader effort by the Obama administration to simplify a sometimes confusing array of tax breaks designed to make higher education more affordable.

Obama is also proposing a $60 billion plan to make the first two years of community or technical college free.

“Middle-income families that have worked hard and saved to send their children to college should receive our support, not a new tax bill to pay for [Obama’s] agenda,” said Rep. Lynn Jenkins, R-Kan.

Jenkins said she supports the American Opportunity Tax Credit, but said the $2,500 limit doesn’t come close to covering the annual cost of a college education.

Contributions to college savings plans are not tax-deductible. But once the money is invested, it can grow and eventually be withdrawn with no tax on the earnings, as long as the money is spent on tuition, fees, books and supplies needed to attend postsecondary school.

The savings plans, which are sponsored by states, can also be used to prepay college tuition.

“Tax incentives are more beneficial to families with higher tax liabilities, in part because these families have a higher marginal tax rate,” the Government Accountability Office, the investigative arm of Congress, said in a 2012 report.

About 12 million families take advantage of college savings plans. About half were held by families making more than $150,000, according to the GAO report.

Families could continue contributing to college savings accounts under Obama’s proposal. Students would have to pay taxes on the earnings, but not until the money is withdrawn.

Obama’s proposal would make similar changes to Coverdell Education Savings Accounts, which are similar to 529 accounts but have income limits.

The president’s plan for expanding the $2,500 tax credit for college expenses would make it available to families with incomes up to $180,000 a year. The amount of the credit would grow with inflation, and students could use it for up to five years, as long as they are attending school at least part time.

Currently, students can only receive the credit for four years.