Dr. Cornel West—arguably one of the nation’s most prominent Black intellectuals—is contemplating leaving Harvard for the second time, after the university has refused to grant him tenure.

West, who had been a tenured full professor at Harvard left in 2002 amid a public spat with Dr. Lawrence Summers, then president of Harvard. He returned to Princeton where he had been on the faculty and remained there until 2012 when he left for Union Theological Seminary.

In 2016, West returned to Harvard in a nontenured joint appointment between Harvard’s Divinity School and the Department of African and African American Studies. West, who is most famous for his 1994 book Race Matters, has authored or contributed to over two dozen books. 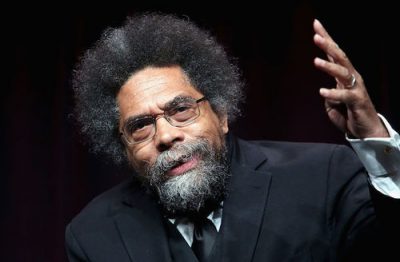 While the university offered him a contract for the next 10 years, an endowed professorship and a pay raise, West said that the university’s refusal to grant him tenure is deeply political.

“Is Harvard a place for a free Black man like myself whose Christian faith and witness put equal value on Palestinian and Jewish babies—like all babies and reject all occupations as immoral,” tweeted West. “After being tenured at Yale, Harvard, Princeton and Union Theological Seminary, the recent Harvard denial of a tenure process strikes me as a political decision I reject. Nothing stands in the way of my profound love for and solidarity with oppressed peoples wherever they are,” he added.

Scholars across the country took to social media to criticize Harvard’s decision.

“We’ve had personal (public) disagreements over the years, but there’s no question Prof. Cornel West is a captivating teacher, contributing member of academic communities and a trailblazing public intellectual deserving of tenure in any American University,” tweeted Dr. Melissa Harris Perry, a political science professor at Wake Forest University.

Dr. Barbara Ransby, a professor of history, Gender and Women’s Studies and African American Studies at the University of Illinois Chicago, said that Harvard should be luck to have West on its faculty.

“Elite schools dangle tenure as the ultimate prize. It is not. Harvard denying West tenure is an insult but he is bigger than that. Harvard’s smallness is showing. He is already tenured as a people’s intellectual in our movements,” Ransby tweeted.