If ever there were a film that should be required viewing for incoming college freshmen, The Hunting Ground — a new CNN Films documentary about the “rape culture” that is said to exist on campuses throughout the United States — would have to be a top contender.

But don’t take that as a wholehearted endorsement of the film itself, which, despite its noble aims, has its share of problems. 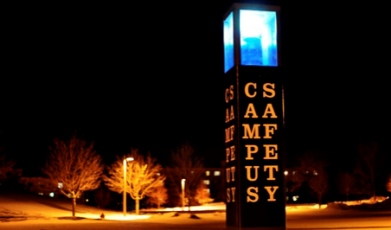 Rather, the proposition that every new college student should watch this particular film, which debuts theatrically in New York and Los Angeles on Feb. 27 and later this year on CNN, stems from the inherent value in probing the deadly serious topic of sexual assault on campus. In particular, in advance of one’s collegiate experience as opposed to becoming ensnared in it unawares, whether as a victim or alleged perpetrator, as so many college students do year after year.

This is, after all, a time when dozens of institutions of higher learning are under investigation for possible violations of federal law over how they have handled or, perhaps more appropriately, how they may have mishandled complaints of sexual violence and harassment.

Hardly a day goes by, it seems, without the issue of sexual assault on campus appearing in the news, with claims and even counterclaims grabbing headlines and magazine covers like never before.

Who among us, whether parents or college presidents, wants to see this phenomenon continue unabated for America’s incoming class of freshmen and their successors?

The Hunting Ground, by filmmakers Kirby Dick and Amy Ziering, takes viewers dorm-room deep into the issue of sexual assault on campus from the vantage point of those who lived it and, in some cases, died after they took their own lives because of it.

They are survivors-turned-activists. You could string their statements together — as the filmmakers skillfully do at one point — and weave together a story that reflects their collective experience. Their individual experiences are so eerily similar: Cosby-esque tales, if you will, of being drugged or intoxicated and taken advantage of in ways that are extremely difficult to stomach.

One of the most powerful aspects of the film is that it takes sexual assault survivors out of the darkness and boldly into the light.

Disturbingly, in several instances, they say that the institutional responses to their ordeals were actually worse than the experience of sexual assault itself.

They speak of the indifference and incredulity among institutional leaders they thought they could turn to for help in their time of need. Of being asked whether they were drunk or what they were wearing at the time of the incident — as if that somehow justified the traumatic event.

The film shows the aftermath and consequences of making an accusation, particularly when it’s against a valuable athlete whose undoing could hurt the college’s quest for dominance in the stadium and all the prestige and revenue that goes along with that.

There are mini montages of news footage to show just how much attention the problem of campus rape has garnered as of late. And even though we all know it’s a stock response when a college says it takes allegations of sexual assault “very seriously,” it’s compelling when you see newscaster after newscaster relay that response as if it conveys anything of value.

The Hunting Ground, which takes its name from a reference made by one of the film’s sexual assault survivors to colleges as places where students take on the roles of predators and prey, offers sobering statistics and scholarly takes on what the research shows. This helps illustrate the rarity of false accusations and the rarity of meaningful punishment.

And the punishments that are meted out are at times laughable, the seriousness of the situations that led to those punishments notwithstanding. It’s powerful — and a college president’s nightmare — when you see the actual descriptions of the punishments listed with the logos of the colleges that issued them.

The film gets high marks, also, for putting forth a series of theories on why institutions of higher learning might be inclined to sweep allegations of rape under the rug. You might not believe them all, but at least you’ll have a decent list of suspects — the desire for tuition revenue chief among them, as well as faulty investigations led by individuals with clear conflicts of interest — to consider.

Despite the thoroughness of the film — from the peculiar nature of cases of male rape victims to interviews with devastated parents whose daughters were left traumatized by sexual assault —there are a couple of areas where it comes up a little short.

Whereas usually it’s the rape victims who are faceless and anonymous, in The Hunting Ground you don’t get to see much of or hear much from the alleged perpetrators.

There’s a few camera drive-bys of frat houses in a way that insinuates they are not places where one goes to preserve one’s chastity, and interviews with students who talk about them as places where the real fraternity is “SAE,” or “sexual assault expected.” A frat house video or two makes it into the documentary as well.

But one of the biggest flaws of The Hunting Ground is that one of the few cases, if not the only case, where an alleged perpetrator is actually named is the case of 2013 Heisman Trophy winner Jameis Winston of Florida State University.

It’s not that his case doesn’t merit attention within the context of a serious discussion of sexual assault on America’s campuses, because clearly it does, whether one believes he was falsely or wrongly accused or not. Prosecutors declined to prosecute him because they said they did not believe they had enough evidence to win the case.

But in a nation with a “Strange Fruit” history, something just seems wrong about letting a case of a Black college quarterback accused of sexual assault by a White female victim be emblematic of the epidemic of campus rape.

Of course, there’s an argument to be made that rape is rape and race doesn’t matter when it occurs — except when it does. And there’s an argument for using Winston’s case because it was already so public, too. But that could also be an argument against using it so prominently in a film that is supposed to take us where we haven’t been before.

For more information on the film, visit: http://www.thehuntinggroundfilm.com.