AABHE Meets in Midst of Storm in Charleston - Higher Education 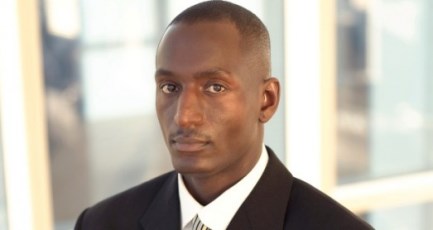 Scholar/entrepreneur Dr. Randal Pinkett said that when “2015 begins to look and feel and sound the way it did in 1965, that is a wake-up call of highest proportions.”

As hundreds of Black faculty, staff and administrators from around the country converged in Charleston, South Carolina, this week to prepare for the annual convening of the American Association of Blacks in Higher Education, they were met with the news that another Black man had died at the hands of law enforcement in the United States — this time in Charleston.

The gravity of the sociopolitical context surrounding their arrival would not be lost on those in attendance.

“As educators who are also brothers, sisters, mothers and fathers in the Black community, we were shaken to the core in ways that cut deep into the psyche of Black America,” said AABHE president and president-elect Jacqueline Gardner and Kenneth P. Monteiro in a joint statement. “There is a long, painful and particularly ugly history in America of de jure or de facto license given to officers of the law to harm or kill Black people. This situation had all the appearances of such an act.”

Scholar/entrepreneur Dr. Randal Pinkett expanded on the history of malicious intent toward Blacks in this country during the conference’s opening luncheon Thursday and said not much has changed.

“That’s not to negate the progress that we’ve made, because we’ve made progress,” he continued. “But when 2015 begins to look and feel and sound the way it did in 1965, that is a wake-up call of highest proportions that we as Black academicians, … we cannot allow these atrocities to continue on our watch.”

Outgoing Xavier University President Norman Francis has been in higher education for 47 years. In that time, Francis said he has seen a lot change, but he is disheartened by the things he sees happening again today.

“We’re coming through a very, very difficult time,” said Francis. “I get scared when I see the kinds of things that are on the horizon.”

“Yes, we’ve made some progress, but the gaps in the quality of life issues in this country have not closed,” Francis said.

But, Gardner and Monteiro acknowledged, there is a glimmer of light in the most recent situation in Charleston: “Unlike many American cities, North Charleston has chosen to take immediate action,” they pointed out. “Both the mayor and the Chief of Police addressed the family and community in a compassionate manner. The Circuit Commissioner’s Office promptly charged the officer with murder.”

“This response should be a model for other cities,” AABHE leadership said.

Pinkett spoke about the issue that “lies at the forefront of my consciousness.” Referencing the backdrop of “deeply troubling realities already layered on top of the litany of events that happened before it” in various other cities across the country recently, Pinkett said, “I believe we are here for a reason, and that reason goes beyond being Blacks in higher education.”

“The most persistent question that has been on my mind … has been where, oh where do we go from here,” Pinkett said.

Francis said, “There isn’t a silver bullet” that will solve these issues.

“The problem that we are facing is not a race problem,” said Francis. “It’s an American problem.” Key, he said, will be people of all races coming together to say enough is enough and change the political structures that have upheld the malicious policies against Black men and women.

Francis does not believe such an occurrence is far off.

Pinkett agreed the fight is going to be in the ring of education.

“We’re not talking about separate but equal or the right to vote. … Today we’re talking about much less discernable dynamics, [including] the systematic and structured barriers for minorities to advance on campuses of higher learning,” Pinkett said. “And while the challenges might be subtle, let’s be clear: The [implications] of these challenges is not subtle at all.”

Francis reminded attendees, “There is a difference between equal[ity] and equity.”

“We are not going to solve or close the gap by pouring equal amounts of water in unequal glasses,” he said. Instead, “we have to pour the educational water equitably” to compensate for the persistent, systemic lack of equity for people of color.

Pinkett called on the approximately 200 Black academics at the conference to step up and change their actions in order to urge different outcomes for African-Americans across the country.

“We cannot witness the death of another Black man or another unarmed citizen or the continued divisions that exist on our campuses and in our communities that exist along social, cultural and economic and, above all else, racial lines. Something’s got to change,” he said.

Protests over the shooting of Walter Scott have continued in Charleston this week, serving as an important backdrop to frame the thoughts of those convened at the AABHE conference.

Gardner and Monteiro vowed AABHE would “remain committed to help create a nation where Black Lives Matter, without qualification or hesitation.”

Female Population Grows at The Citadel