For Top Law Schools, Diversity not in Evidence - Higher Education

For Top Law Schools, Diversity not in Evidence 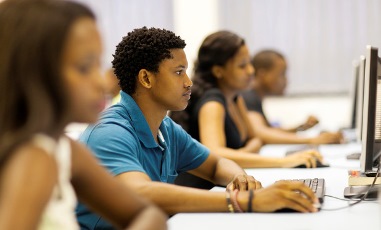 Recent reports on diversity at law schools present a complex picture of the trends, many in the trenches say.

For one thing, said Aaron N. Taylor, a professor at St. Louis University’s School of Law, while trends at law schools show an increase in enrollment for students of color, these trends only hold true for those students at schools with the lowest median LSAT scores. At the “elite” schools, the reverse is true.

Blake Morant, dean of the George Washington University School of Law, said a lot of this is attributable to external factors.

“There are certain externalities that … have made focusing on diversity and achieving it more complicated,” he said.

For one, outside ranking entities—particularly U.S. News and World Report—place a heavy emphasis on the admissions requirements and makeup of the incoming class as a factor to determine quality of institution, he said. And since consumers put a great amount of stock in these rankings, he added, the top schools are under a lot of pressure to place well, if they are to attract high-quality students.

Of course, a magazine ranking committee is not the sole determinant for the diversity disparities between top-tier and lower-tier institutions.

“It’s much more complex than that,” said Morant. He adds that “there are so many pressures on law schools today, in terms of bringing in an entering class” that is high-achieving but still considers diversity, still promotes experiential learning and reflects a global perspective on campus.

In addition to things like magazine rankings, there are historic and systemic adversities to overcome as well, according to Taylor.

“Current demographics of the legal profession can be tied to a long history of exclusion,” he said. “For decades, legal education and the profession were effectively closed, by law and practice, to people of color.”

“The profound legacy of the period of exclusion is still apparent today,” Taylor continued. He added that the lack of diversity at the highest levels is not a failure of the system; in fact, he said, it is reflective of its initial intent.

“Legal education has never been a bastion of inclusion; it was never intended to be. Our narrow conceptions of merit ensure that admissions processes at the most selective law schools will continue to be ‘social engineering to preserve the elites,’” said Taylor. “Diversity is much more palatable as an ideal—a marketing pitch, even—than a reality.”

But to Morant, making a concerted effort to promote diversity on campus is a no-brainer, regardless of the institution’s perceived prestige.

“Any educational milieu has to prepare students for [a global] world, and you cannot do that if the population is homogenous,” he said.

How, then, given the intentional “social engineering” to attract and retain only the best of the best and the acknowledged need for representation of diverse ideas, backgrounds and experiences, do schools go about attracting a more diverse population?

The first issue, said Taylor, is to tackle the historic barriers to entry into the profession and, thus, its training institutions for people of color.

Taylor said that, today, “exclusion has taken on different forms, namely, a faithful reliance on a limited range of admissions factors that have been shown to severely diminish the prospects of applicants from underrepresented and disadvantaged groups. Looming largest, of course, is the LSAT.”

Morant agreed that the heavy reliance on LSAT scores should not be weighted so heavily, conceding that their importance is overinflated by lists like US News’ law school rankings.

“One of the things that’s got to be important to remember [is] that that test has limited predictability. It does give you a sort of barometer of how the student will do in their first year of law school, but, beyond that, its predictability is much more suspect,” he said.

“And so when schools rely on the LSAT as a big determinant of their incoming class—and this is not only with regards to diversity, this is in regards to other kinds of qualities that would make someone a very good lawyer or professional—you ignore some of those things and we may not be getting the individuals who are going to be very good at that,” Morant added.

A better approach, Morant said, is to go after students whose life experiences and perspectives can contribute to an environment that will better prepare exiting students to thrive in a more global society. And much of the commitment to recruiting a diverse student population begins with a commitment to hiring and retaining a diverse faculty and staff population that reflects the type of students that an institution is hoping to attract.

“Nothing sends a signal about the institution’s commitment to diversity like hiring a dean who is a person of color,” he said, applauding the efforts of the University of Maine Law School, which just named the University of Hawaii’s Danielle Conway to succeed Peter Pitegoff as the next dean.

“Maintenance of the rule of law requires a legal profession that reflects and serves the people,” Taylor said. “All the people. Recent events have made this fact plain. This is where we need leadership and, dare I say, sacrifice from the most prominent law schools.”

An Open Letter to an Anti-Affirmative Action Scholar