“I am thankful for the opportunity to help build a great public system of higher learning in the nation’s capital,” said Mason via email.

Mason has been a strong advocate for Black males, the education of whom has become a national priority for the Obama administration. In a 2012 interview with Diverse, Mason said his dedication to this population was an effort to overcome the societal narrative that places Black men in this country at a deficit. 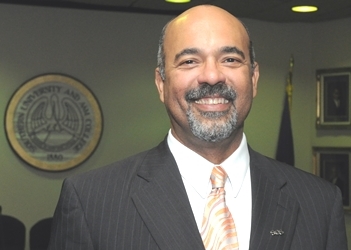 “When you view the statistics relative to Black men in America they can be explained in only one of two ways,” he said at the time. “Either Black men are genetically predisposed to make more bad choices than everyone else, or there is something wrong in America. There is no science to support the former proposition, so the latter must be the case.”

Southern’s board decided not to extend Mason’s contract after he issued a list of demands that included a reorganization of the Southern University system’s structure to centralize operations at Southern University at Baton Rouge (SU Baton Rouge). It also required backing a seven-year strategic plan that would, according to Mason, transform SU Baton Rouge into “a top five HBCU, a leading university of its type in the state, and a top-200 public institution nationally within seven years, and that a measurable plan with clear benchmarks be established to achieve said goals.”

Mason currently serves on the White House Board of Advisors on Historically Black Colleges and Universities, as well as the boards of the Thurgood Marshall College Fund and the National Association for Equal Opportunity in Higher Education. He is a previous board member of the American Council on Education and the National Advisory Committee on Institutional Quality and Integrity in the Office of Postsecondary Education.

UDC has been led by Interim President James Lyons since Allen Sessoms, who recently said he entered into a system in which all political parties wanted to see him fail, was fired by the board two years ago.

Out of 91 applicants, the pool was narrowed to include Dr. Julianne Malveaux, president emerita of Bennett College in Greensboro, North Carolina, and Dr. Anthony Munroe, president of Malcolm X College in Chicago.

Mayor Muriel Bowser is expected to make the formal announcement at a press conference Tuesday afternoon.

How One Professor is ‘Leveling the Playing Field’ For Business Students