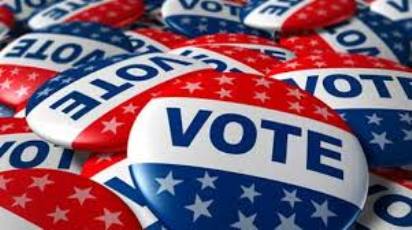 The Asian-American population will grow 74 percent by 2040, but the number of this racial group’s registered voters will more than double, according to a new report.

“This could be a game changer,” the report states. “Not only will Asian-Americans be a politically influential voting bloc in select areas, they have the potential to be the margin of victory in critical swing vote states during the next six presidential elections.”

The report was released this month by the University of California, Los Angeles’ Center for the Study of Inequality and the Asian Pacific American Institute for Congressional Studies (APAICS). The report offers projections of the Asian-American population to 2040 but focuses on the electorate.

By 2040, nearly 1 in 10 Americans will be of Asian descent, as will 1 in 15 registered voters, according to the report. The number of registered, Asian-American voters by then is predicted to balloon from the current 5.9 million to 12.2 million. If so, Asian-Americans would grow from their current 4 percent share of the total U.S. electorate to 7 percent.

Titled “The Future of Asian America in 2040,” the report is authored by Dr. Paul Ong, a UCLA professor of urban planning, social welfare and Asian-American studies and director of the Center for the Study of Inequality, and Elena Ong, an APAICS consultant. They explored multiple demographic aspects of the pan-Asian electorate.

The report’s authors say that a significant, generational age gap will exist between the two pan-Asian populations in 2040, when the median age of U.S.-born registered voters will be 37 years old, while that of the naturalized, foreign-born will be 56.

Disaggregating age groups of the Asian-American electorate by birthplace reveals other differences. Adults ages 18 to 34 now make up 56 percent of the U.S.-born, but that’s expected to slide to 43 percent by 2040.

The foreign-born segment differs, the authors say, because they are composed of people who were eligible to come to this country under the 1975 Indochina Migration and Refugee Assistance Act and the 1965 Immigration and Nationality Act. This year, only 44 percent of all naturalized, Asian-American voters are age 55 and older, but their share is projected to rise to 53 percent by 2040.

All this, the authors say, will have “profound implications” for Asian-Americans and for national politics.

“Political candidates and parties are beginning to understand the value of micro-targeting and turning out Asian-American voters in tight partisan races in mid-term Congressional elections,” the report states. “(But) candidates need to understand that the Asian-American vote is not a monolith. Political concerns and priorities are unique and complex.”

For instance, foreign-born voters might carry over cultural values such as international relations, immigration and education. Second- and third-generation voters, however, share the values of the general U.S. population, whose priorities include, but aren’t limited to, college affordability, bullying, credit card debt and affordable housing.

Meanwhile, scholars and thought leaders in politics and related areas have wide-ranging reactions to the potential implications of the report’s pan-Asian predictions.

Calling Asian-Americans “a group regularly ignored in U.S. elections,” Dr. Janelle Wong of the University of Maryland believes that, in order for the anticipated voter registration growth to matter, community-based and advocacy organizations should devote resources to states where the pan-Asian vote could most likely carry influence, such as Virginia, Nevada and North Carolina, all of which have fast-growing populations and political candidates who win by narrow margins.

“Active registration efforts and voter mobilization could speed the process of Asian-American political incorporation,” says Wong, an interdisciplinary political scientist and associate professor of American studies. “Parties and other organizations should make broad and consistent mobilization a priority.”

Nonetheless, she cautions against jumping to conclusions, pointing out how, despite the increasing Latino vote in the swing states, they provided the margin of victory last year for only 14 races in the 435-seat U.S. House of Representatives.

Dr. Manuel Pastor agrees that “demography is not destiny.”

“If the nation continues to polarize between old and young, city and suburb, White and non-White, our future is limited,” says Pastor, a University of Southern California professor of sociology, American studies and ethnicity. “If we can instead link across these divides, we can expand all our horizons.”

While none of the thought leaders voice gloomy views, they realize that more Asian-Americans doesn’t necessarily translate into more progress. For instance, parity in 2040 isn’t certain for pan-Asian political representation at its highest levels, based on half a century of realities.

The report’s authors point out how the 1965 Immigration and Naturalization Act and the 1965 Voting Rights Act have defined the course of political participation by people of Asian descent. The former eased immigration quotas against people from Asia and gave them a pathway to U.S. citizenship.

At least one political leader finds the status quo disappointing.

“As Asian-Americans become more engaged in the political process, it is important now more than ever that our government represent our diverse communities,” says Dr. Judy Chu, a U.S. Representative from California who is chairwoman of the Congressional Asian Pacific American Caucus. Chu is a former community college instructor.

However, Dr. Linda Trinh Vo of the University of California, Irvine, believes that the growing ranks of Asian-Americans who have won local school board, city council and county supervisory races can help propel members of this racial group into state and national office.

Vo cautions against assuming that U.S.-born Asians are more likely to seek public office than their naturalized counterparts. She points out that, in Orange County, California, for example, the majority of Asian-Americans in elected positions are first-generation refugees and immigrants as well as their 1.5-generation children—people born overseas but who immigrate as youths and are raised here.

“They have overcome cultural and linguistic barriers to become incorporated into the political process,” says Vo, an associate professor of Asian-American studies. “There are already cases in which the majority of candidates for local (elections) are Asian-American, which have resulted in Asian-majority government bodies.”

Maryland’s Wong notes that almost half of all Asian-American voters nowadays identify as neither Democrat nor Republican, which suggests that, for state and national contests, they cast ballots based on issues.

She adds that Asian-American public opinion differs from that of the overall U.S. population on three issues: being more supportive of universal health care, being more favorable of a bigger government with more services rather than a smaller government with fewer services, and being more supportive of environmental protection over economic growth. Survey data, she says, indicate that those ought to be considered pan-Asian issues.

“They might constitute the foundation for an Asian-American political agenda,” Wong says.

The report’s authors also raise the question of which racial groups will become the most appealing political allies for Asian-Americans.

The authors add, “If Asian-Americans can solve or transcend these challenges, it might be possible for them to have greater political influence. Whether they will reach their political potential will be determined by their demographic trajectory and, just as important, by the actions they individually and collectively take to elect responsive officials, enact appropriate legislation and advocate for relevant policies and programs.”