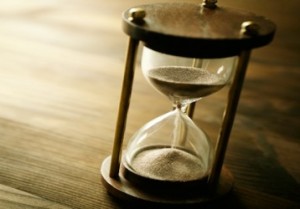 There is often discussion of moving the retirement age to 70, three years later than the current 67, as a way to cut back on social security costs. According to a newly released study by TIAA-CREF, the majority of college professors do not expect to retire by 67 ― and most don’t desire to.

The organization surveyed tenured faculty over the age of 50 around the country and found that nearly half (49 percent) of professors surveyed reported they were “reluctant by choice” to retire by age 67; they both expected and wanted to pass the age of retirement in their current positions. Only 35 percent expect to retire at 67 and the remaining 16 percent said they were “reluctantly reluctant” ― desiring to retire at the typical age, but not feeling like they would be in an appropriate financial position to do so. Female faculty members were more likely than their male counterparts to expect to retire at 67, and those at doctoral/research institutions were the most likely to be willfully prolonging their retirement.

This is not a new idea. According to PBS’ Paul Solman in a 2013 special, “America’s workforce is graying, and so is academia along with it. Professors over 65 have more than doubled since 2000. Some 40 percent of all workers say they will work past 65.”

It is true that academia is not the only graying industry. In the most recent workforce projection by the Department of Labor, it was estimated that 31.9 percent of people between 65 and 74 will still be working (compared with 26.8 percent in 2012 and 20.4 percent in 2002), the first time in history the number will top 30 percent.

Concurrently, the department projected a decline in workers of “prime” age (under 55).

There are many reasons for this trend. According to Paul Yakoboski, the report’s author, “It’s more than just finances.”

“No one’s going to retire unless the numbers add up,” he said, “but even at an age in which the numbers add up,” many professors are reporting decreasing intent to leave academia, he said. In fact, 94 percent of those who were “reluctant by choice” said they enjoy and feel fulfilled by their work. Eighty-two percent of those believe they will still be effective as faculty members at that point and 59 percent said they see no reason to retire.

In other words, said Yakoboski, the psychosocial motivation for staying in the academy outweighed some of the figures that have traditionally pulled people into retirement (such as a desire to spend more time with family, wanting to embark on something different or no longer being as fulfilled in one’s career).

However, it is undeniable that finances do play a role. Over half of those who consider themselves “reluctantly reluctant” (59 percent) said their personal finances necessitate continued work and 38 percent said they need the insurance benefits provided through their university.

With the Supreme Court expected to release its opinion on the ongoing effort to repeal the Affordable Care Act any day now, the availability of affordable health care and health insurance options is a real concern for many.

But just as the Labor Department projected an overall decline in workers in their “prime” working age, so too are younger professors finding it increasingly more difficult to secure jobs in the academy.

“Churn is considered a good healthy thing for the health of the unit … but you’re in a situation where many senior faculty are just staying” in their jobs much longer, said Yakoboski. This not only presents a problem for universities hoping to recruit and hire younger faculty members, it could present a detraction from students who will often not benefit from having faculty who have “more up-to-date technical skills or interest in more up-to-date” concepts, methods or ideas, he said.

“That’s a real challenge for them,” Yakoboski said of university administrators.

It also presents a challenge for the younger faculty members who, forced to take jobs as adjuncts at several schools due to the lack of available tenure-track positions, face scant, unpredictable salaries and no guaranteed benefits, often well into their late 30s and early 40s — a trend which puts them behind the curve in retirement planning.

According to data from the American Association of University Professors, half of all professors in the country are adjunct or contingent faculty members.

“Since faculty classified as part-time are typically paid by the course, without benefits, a sizeable number of college teachers lacks access to health insurance and retirement plans,” the report said. Though these faculty are considered part time, the number of appointments they have at numerous institutions to try to make ends meet means their workload is full time.

Additionally, because slots are not opening up in the tenure-track positions thanks to an aging professoriate, “non-tenure-track positions of all types now account for 76 percent of all instructional staff appointments in American higher education,” which means the work of advising students, serving on academic committees and setting curriculum is divided among a smaller pool of tenured faculty.

“Institutional challenges can emerge when senior faculty remain in tenured positions into advanced ages,” said Yakoboski in the report. “At the same time, some faculty who work to older ages may miss opportunities that would provide greater fulfillment and enjoyment than continued academic employment.”

To help curb this trend, he suggests talking to current faculty members about planning for retirement. According to the TIAA-CREF report, many have neither done a close review of finances to determine their eligibility for retirement, nor have they considered what they can do post-retirement.

In other words, he said, the majority haven’t done their homework.

“They think they can’t afford it, but they don’t know that they really can,” if not immediately, with some careful, deliberate planning, he said.

“Understanding and addressing the relevant barriers to faculty retirement, whether financial or psychosocial, stands to benefit the individual and the institution,” he reported.

Regardless, having the conversation about helping faculty members plan for retirement — financially and otherwise ― is necessary to sustain not only their own quality of life as they get older, but the quality of life for those seeking to enter the academy behind them.