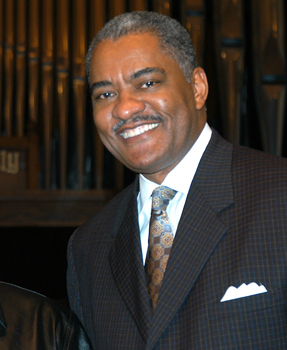 A native of North Carolina, Floyd had come to be known for his efforts that elevated the university in rural eastern Washington into more of a prominent role in higher education—and not only in the state. He most recently convinced the Legislature to establish a second medical school in the state of Washington that will soon end the dominance in medical education around the region by the University of Washington.

The university completed 30 major construction projects during Floyd’s tenure, including the Paul G. Allen School for Global Animal Health. Floyd, the university’s 10th president, guided WSU to its largest enrollment in 125 years and doubled the number of students from minority groups to 26.5 percent.

“Higher education has lost a giant, and the world has lost one of its kindest human beings,” WSU Board of Regents Chair Ryan Durkan said in a statement released Saturday.

Floyd was noted for his connection with students and would often sit in the student section during athletic events, cheering the Cougars on. According to the Seattle Times, Floyd would often give students his personal cellphone number and tell them to call him if they needed his assistance.

“This was a man wholly devoted to serving his state and expanding opportunities for all of Washington’s students,” said Washington Gov. Jay Inslee. “He turned Washington State into Cougar State, dramatically expanding the scope of the university on both sides of the mountains.”

In 2008, Floyd gained national notice when he asked WSU to reduce his $725,000 annual salary by $100,000 during the recession. As one of the nation’s top-paid public college presidents, he said the move was leadership by example. In 2014, the WSU board extended his contract by seven years, a rare show of commitment during this era of higher ed governance.

The Bottom Line Not the Answer in College Choice